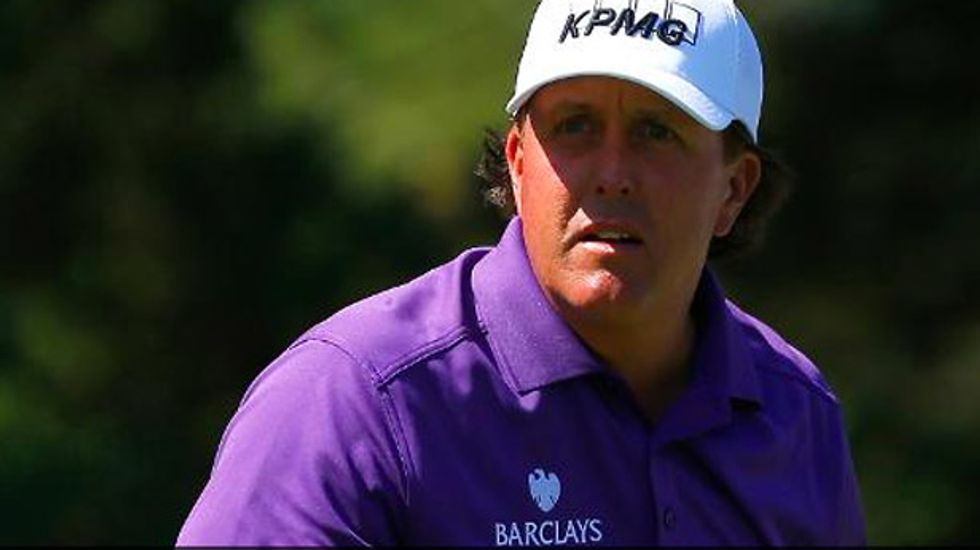 Five-time major golf champion Phil Mickelson denied any wrongdoing Saturday (Shenzhen: 002291.SZ - news) after being named among the subjects of an insider stock trading probe, saying he is fully cooperating with FBI agents.

"I have done absolutely nothing wrong," Mickelson said. "That's why I'm fully cooperating with the FBI agents and will continue to do so."

Mickelson spoke after firing a third-round par 72 to stand on two-under 214 after 54 holes at the US PGA Tour's Memorial tournament, what for many players is the final warm-up event for the US Open, the year's second major championship that begins June 12 at Pinehurst, North Carolina.

"I wish I could fully discuss this matter," Mickelson said. "For right now I'm not really able to do so. I don't want to say anything more than that."

Also subjects of the probe by the Federal Bureau of Investigation and the US Securities and Exchange Commission, according to the Wall Street Journal in a story revealing the investigation, are trading patterns of high-stakes Las Vegas gambler William "Billy" Walters and billionaire investor Carl Icahn, whom officials are concerned might have tipped off Mickelson and Walters about his investment plans, according to several reports.

Mickelson, whose most recent major victory came in last year's British Open, is trying to complete a career grand slam with a victory at Pinehurst after finishing second at the US Open a record six times, most recently last year at Merion to England's Justin Rose.

Mickelson said the matter had not been a distraction to him until Thursday, when FBI agents approached him after his first round, and thus far has not had an impact upon his performance.

"I've got no problem cooperating," said Mickelson. "I have been cooperating in every way I can.

"Hopefully in the future, shortly, we'll be able to discuss this further."

Mickelson, a three-time Masters champion who also won the 2005 PGA Championship, said he never considered not playing this week once learning he was the subject of the inquiry.

"As a player you have to be able to block out whatever is going on off the golf course," Mickelson said.

"It's not going to change how I carry myself off the golf course. I've done nothing wrong. I'm not going to walk around any other way."

According to the Journal and New York Times, the probe is looking at investments Mickelson and Walters made in cleaning products manufacturer Clorox (Dusseldorf: CXX.DU - news) , a company that Icahn launched a takeover bid for in 2011, causing a jump in Clorox stock prices.

His bid ultimately failed and prices fell but both Walters and Mickelson reportedly made well-timed trades during the moment.

Insider trading, profiting on the stock market from inside information not available to the public, is illegal.

Investigators are also looking into Mickelson and Walters trades related to another company, Dean Foods (Frankfurt: SJ2A.F - news) , but without ties to Icahn.

Walters and Icahn became friends while Icahn owned a Las Vegas hotel in 1998 and Walters plays golf with Mickelson, according to the Journal.

No charges have been filed against any of the three.