Heritage Foundation's hip-hop-happenin' intertube joint for kidz will be 'da bomb,' yo 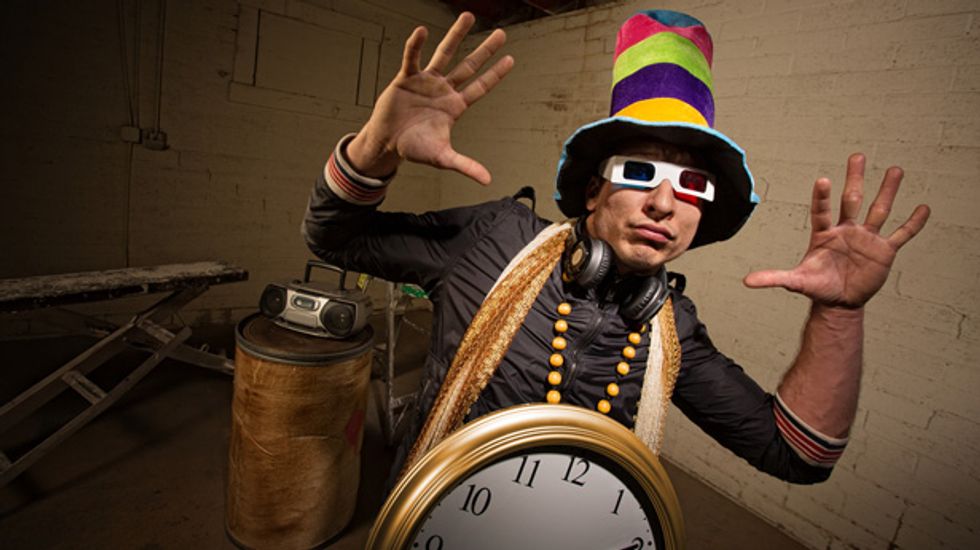 Sure a few new sites have sprung up in the last few months: Nate Silver's Gay Math Hogwarts FiveThirtyEight, Ezra Klein's wordy version of Ask.com, and Glenn Greenwald's  more-paychecks-get-signed-than-articles-get-written whosis whatsis. But still there is an emptiness, a void, when it comes to delivering important updates to America's youth who are always on their smart phones looking for things like "10 Guiding Principles for Agriculture Policy: A Free-Market Vision"  or  "Financial Stability Oversight Council and Asset Management Firms."

Did TMZ cover either of those? No, they did not.

So the Heritage Foundation hired some down-with-the-kids trend surfers to help the create The Daily Signal (all the other good 'Daily' names -  -Beast, -Caller, -Puppy, -Boobs  - were taken) which will change the political landscape forever and bring millennials into the fold by introducing them to conservative ideals like hating the poors, the old, black people, immigrants, sick people, government workers, and black people again.

According to BloombergBusiness, the Daily Signal will deliver straight-forward just-the-facts-mam reportage of current events. but what will make it a viral must-read upworthy  hangout will be the groovy opinion section:

The Daily Signal will also publish an opinion section aimed at a younger audience that isn’t thumbing through the editorial pages of the Wall Street Journal. Heritage is betting that these readers, attracted to the Daily Signal’s news, will find themselves persuaded by the conservative commentary and analysis that will draw on the think tank’s scholars and researchers.

They forgot to add "....delivered over phat beats."

The past few years have seen a profusion of conservative media outlets, with titles such as the Daily Caller and Breitbart News joining standbys like National Review and the Weekly Standard. Although their content varies from red meat to sober policy analysis, all are aimed at fellow conservatives.

Wanting to differentiate themselves from the  old school conservative websites listed above, the Heritage people moved trendster Rob Bluey into the Editor-in-Chief chair  and stole away Katrina Trinko from National Review Online (which is Vibe for white people) and then they took a few tips from kool kids Nate Silver And Ezra Klein:

The Daily Signal’s clean design, mobile-first approach, and claim of journalistic dispassion suggest obvious similarities to Ezra Klein’s new site, Vox, and Nate Silver’s refurbished fivethirtyeight.com. “Like Vox and 538, we’re purposely branding ourselves not as a blog but a standalone site,” says Robert Bluey, who directs Heritage’s Center for Media and Public Policy and will be the Signal’s editor-in-chief. But Lysaught is leery of the comparison. “What Ezra is doing has got a wild liberal bias to it,” he says. “When we talk about the news, we’re just laying out the facts. We think that’s an important educational mission.”

Whoa, Bluey,  you haven't even launched yet and publisher Geoffrey Lysaught is already interrupting your flow.

Caps into asses will be busted, as the kids say...

[Musician with large hat on Shutterstock]