Hannity guest: Eric Holder and 'myth' of racism are 'crippling for blacks' 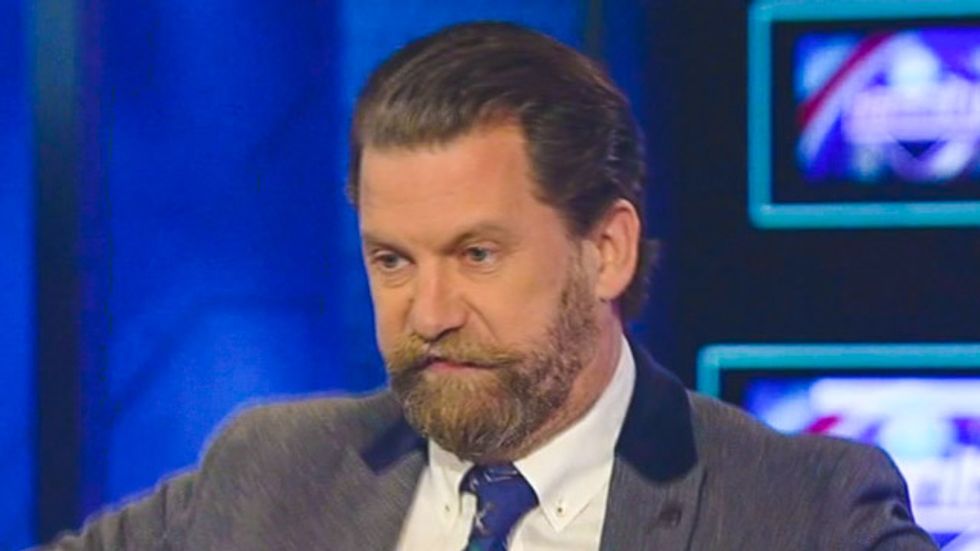 On Monday, a Fox News panel headed by Sean Hannity attacked commencement speeches made by Attorney General Eric Holder and First Lady Michelle Obama in which both public figures said that the country can do more to eliminate racism and create a more just society.

According to Media Matters, Hannity played video of remarks by Holder and Obama, then contrasted them with statements made on stage at the 2012 Republican National Convention by former Secretary of State Condoleezza Rice.

Panelist Deirdre Imus argued that people come at life with diverse experiences and that it isn't fair to compare the remarks.

"Don't deny that there's racial disparities," she said to Hannity.

"Because when you portray the world as 'They're out to get you' and 'You can't make it, there's no use even trying,'" McInnes continued, "that's much more harmful than any of this mythical racism they're talking about."

McInnes caused controversy in 2003 when he told a reporter from the New York Times, "I love being white and I think it's something to be very proud of. I don't want our culture diluted. We need to close the borders now and let everyone assimilate to a Western, white, English-speaking way of life.''

Earlier this month, he published a column in the Libertarian-leaning Taki's Magazine called "The Myth of Prejudice," in which he in which he assailed the idea that there is any racism, sexism or homophobia left in the West. People who disagree, he said, are just whiners who “need villains.”

"The problem with these three -isms not existing, however," he wrote, "is that there is a massive industry devoted to them. Organizations like the NAACP and GLAAD and the entire feminist movement need villains" and so they "create monsters where there are none."

Last week, the Scotch-Canadian McInnes speculated on Twitter that "(i)f we got rid of all the racists, America would be almost all white."