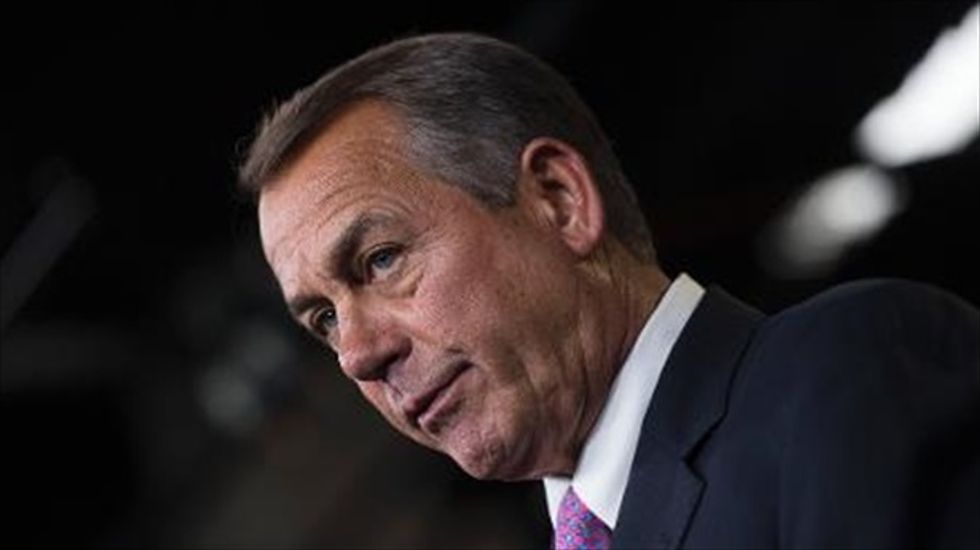 House Speaker John Boehner said Friday that he is establishing a select committee to investigate the deadly 2012 attack on the U.S. mission in Benghazi, Libya.

President Barack Obama's foes in Congress have long accused the White House of misleading the public about what happened in Benghazi and in the aftermath of the assault that killed ambassador Chris Stevens and three other Americans.

But the criticism snowballed this week when a conservative group published a White House email which critics said administration officials withheld from congressional investigators and which raises fresh questions about the White House response.

"These revelations compel the House to take every possible action to ensure the American people have the truth about the terrorist attack on our consulate," top Republican Boehner said in a statement.

"In light of these new developments, the House will vote to establish a new select committee to investigate the attack, provide the necessary accountability, and ensure justice is finally served."

The move suggests Boehner finally relented to his party's right flank, which has long pressed for stronger action to probe the attack.

Seeking to elevate the investigation to a new level, the chief government watchdog in Congress slapped Secretary of State John Kerry with a subpoena compelling him to testify about Benghazi on May 21.

House Government Oversight Committee chairman Darrell Issa announced the subpoena in a tweet, saying "the State Department has failed to meet its legal obligations" to turn over all Benghazi-related documents.

Rules Committee chairman Pete Sessions, a close Boehner ally, said he would help establish the committee and hopes it will "force the administration to comply with the law, and provide answers for the American people."

In the email three days after the Sept. 11, 2012 assault, Obama's deputy national security advisor Ben Rhodes told Susan Rice -- at the time US envoy to the United Nations -- to blame the attack on local anger in Benghazi over an anti-Muslim Internet video.

It has since become clear that the attack was planned by armed militants.

Republicans have sought to expose administration obstruction in the aftermath of the attack, which occurred at the height of the 2012 U.S. presidential race won by incumbent Obama.

On Thursday the White House dismissed the growing pressure, saying Republicans were seeking to "politicize a tragedy" and uncover a conspiracy "when they haven't been able to find one."

Harf scoffed at the suggestion, put forward by Benghazi conspiracy theorist Senator Lindsey Graham, that the Rhodes email was a smoking gun in the administration's Benghazi account.

"It doesn't change the narrative" of what happened, Harf said of the email, adding that the administration had provided tens of thousands of documents to lawmakers on a rolling basis.

"I am confident that what the Republicans allege, that there was some attempt by this administration to cover up or spin what happened, is 100 percent false."

Its been one day since former President Donald Trump departed the White House and Scotland is already taking aggressive actions to ensure his "toxic brand" does not thrive in the country.

According to People World, on Jan. 20, First Minister Nicola Sturgeon was urged to launch an unexplained wealth order (UWO) to look into Trump's 2014 purchase of Ayrshire's Turnberry golf resort and "kick his 'toxic brand out of Scotland.'"

By Trevor Hunnicutt and Nandita Bose WASHINGTON (Reuters) - U.S. President Joe Biden moved swiftly on his first full day in the White House on Thursday to fight the COVID-19 pandemic, his top priority as he turns the page on four years of Donald Trump's tumultuous leadership. The Biden administration is aiming at a coordinated federal coronavirus response to the 10-month pandemic, focused on boosting vaccines, increasing testing, reopening schools and addressing inequalities thrown up by the disease. Trump, who frequently sought to play down the severity of the virus which has killed more than...