Jon Stewart tells NY lawmakers: The people do not give a f*ck what you think of yogurt 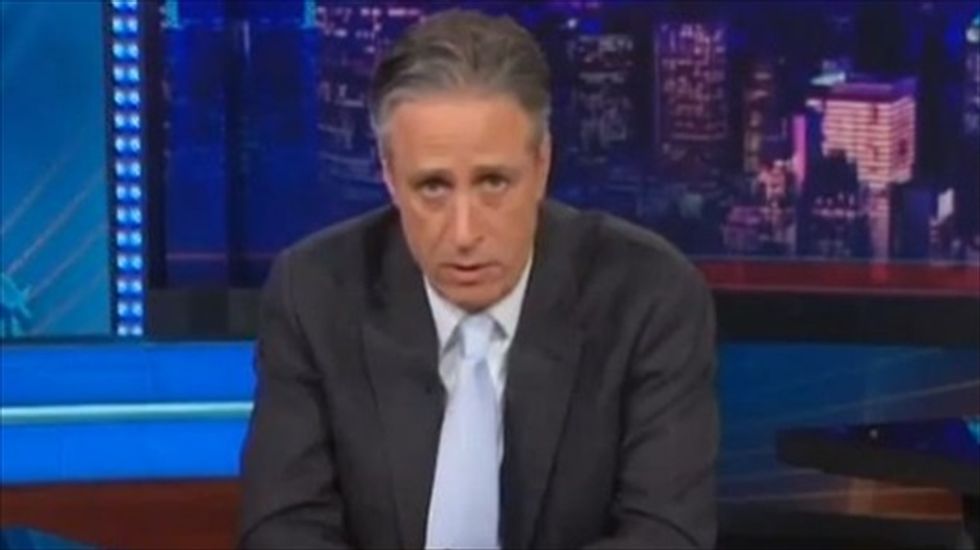 A somewhat exasperated Jon Stewart had a message for New York state senators Thursday night, after observing a stupefyingly drawn-out debate over a bill that would designate yogurt as the "official state snack."

"Before the [state] assembly takes up debate on State Bill 88994, I want to remind them that when it comes to yogurt attaining the designation of state snack, I must reinforce to our representatives that The good people of New York do not give a f*ck," the Daily Show host said. "As far as many New Yorkers are concerned, our state snack is 'Who gives a sh*t?,' a perfect companion to our state flower, 'Who f*cking cares?,' and our state bird, which is the kind you flip."

Stewart explained that the bill -- sponsored by state Sen. Michael Ranzenhofer (R) at the request of a fourth-grade class -- should have been a political "gimme," but instead got bogged down in a 40-minute debate, with Sen. Liz Krueger (D) complaining that the official designation could exclude lactose-intolerant New Yorkers and colleague Gustavo Rivera (D) launching a barrage of questions.

Of course, Stewart was pleased that Ranzenhofer held the line, dismissing the prospect of pretzels getting the nod with a quick, "Never."

"The pretzel is an abomination," Stewart declared. "To take perfectly good dough, to twist it, to bake it within an inch of its life, and then to salt it as the Romans did to Carthage, it is an outrage. I don't like pretzels."

The debate got testy enough, correspondent Jessica Williams noted, that some observers were threatened with removal from the gallery for an outburst.

"There's only one group that stages radical protests to disrupt the proceedings every time yogurt-based legislation is on the table," Williams reported. "It's Code Pinkberry."

The bill passed by a 52-8 margin, allowing it to move to the state Assembly for further debate. But at this point, Stewart said, even the fourth-graders who brought the idea up have probably moved on.

"[They're] like, 'Are they still talking about the state snack?'" Stewart said. "'We're already b*lls-deep in a papier-mache volcano.'"