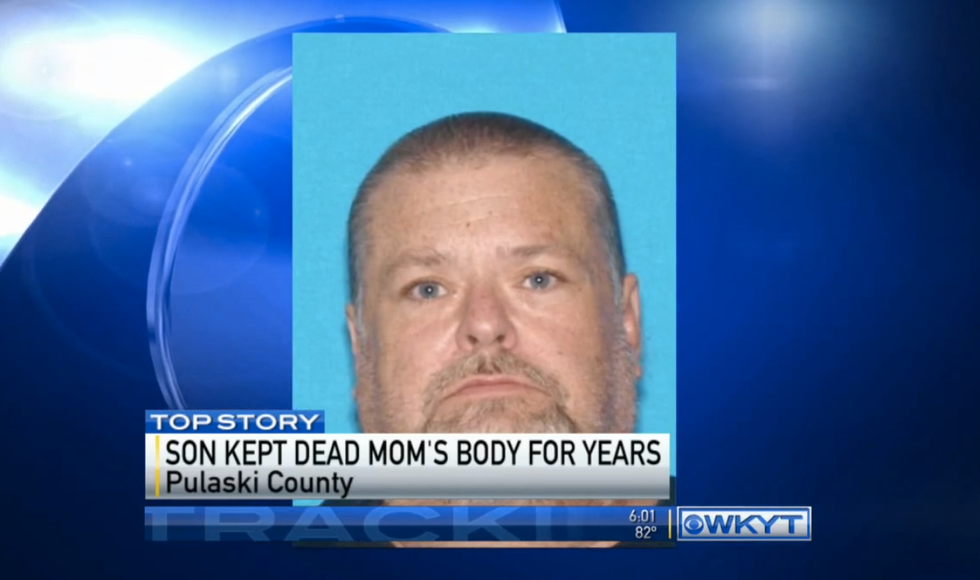 A man in Pulaski County, Kentucky froze his mother's dead body in order to keep her death a secret and continue to collect her retirement checks.

According to CNN.com, Jon Whiteford killed himself rather than face deputies who came to ask questions about his missing mother, Faye Whiteford.

The Pulaski County Sheriff's Office told CNN that it appears that Faye Whiteford died of natural causes at the age of 96 in the spring of 2011. For the last years of her life, she had been bedridden, dependent upon her son's care and the Social Security checks she received monthly.

Jon Whiteford purchased a deep freezer to keep his mother's body in, but in 2013, he fell behind on mortgage payments and the bank foreclosed on the family home. Whiteford took a rental property in a neighboring county, and it is believed that he transported his mother's remains and kept them under a tarp in the yard, trusting in the icy winter weather to keep her frozen.

He later moved to another nearby property, but left his mother's remains "tied up in tarp lying partially under a wooden box at the edge of the driveway."

Earlier this year, authorities became suspicious that Faye Whiteford might be deceased. The Social Security office opened a fraud investigation.

On March 29, a deputy went to Jon Whiteford's current address, only to watch in horror as he produced a handgun and killed himself.

Whiteford's suicide has meant that no charges will be filed in the case.