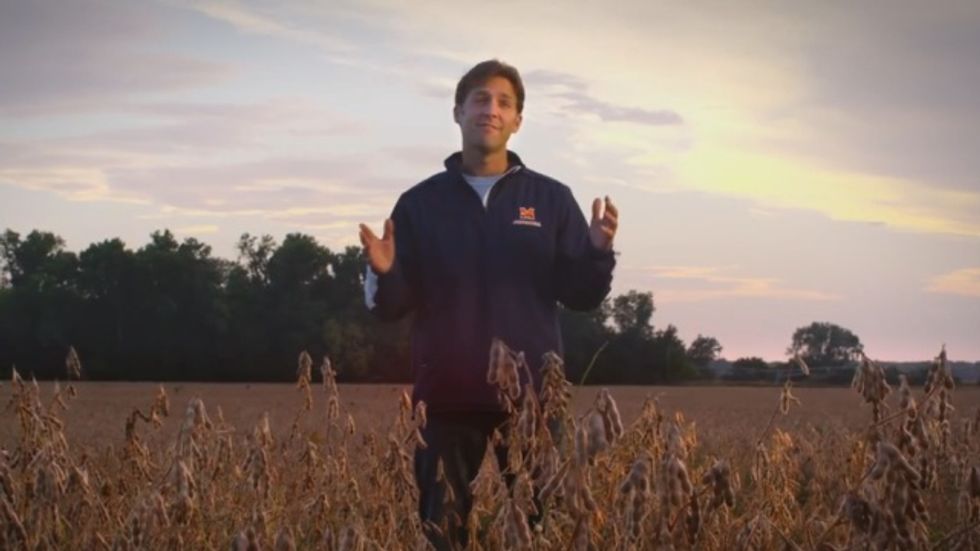 The GOP candidate for the open Nebraska Senate seat who believes that the "government cannot force citizens to violate their religious beliefs under any circumstances" wrote a dissertation while at Yale documenting the number of times the government did just that -- and how the unintended consequences of doing so were key to mainstreaming conservative politics.

Ben Sasse, who is widely expected to to win the seat being vacated by Sen. Mike Johanns in November, authored a dissertation -- The Anti-Madalyn Majority: Secular Left, Religious Right, and the Rise of Reagan's America -- in which he argued that the modern conservative movement began not with "the Reagan Revolution," but with two Supreme Court decisions in the early 1960s in which mandatory public school prayer and Bible reading were struck down as unconstitutional.

The first of them, Engel v. Vitale, inspired a Republican Congressman from New York, Frank Becker, to action. He was a true believer -- a man who, according to Sasse, was a "tenacious focus derived less from a studied assessment of his audience than from his heartfelt conviction that the hope of America lay in its special relationship with the Almighty, and in the nation’s resolve to doggedly oppose the most formidable system of atheistic imperialism the world had ever known."

Sasse identified Becker's failed efforts to "oppose the most formidable system of atheistic imperialism the world had ever known" as the origin of a "bottom-up" rebellion against the "elites" -- many of whom were Jewish -- who wanted to remove religion from public life. He claimed that Nixon and his rhetoric of the "silent majority" spoke "effectively to and for the small-town values still prized by most of the country."

"Indeed angst about secularization, more than any other complaint," he wrote, "provided a lens through which Americans could see all other social problems as sharing a common root, a liberal root." He claimed that these forces existed outside of conventional politics, a sentiment he echoes today on the campaign trail.

He told The Washington Times that "our voters are as fed up with Republicans as they are with Democrats. They don’t think there’s an urgency in either party."

He also identified "the real conservative battle" as "protecting our values, traditional marriage, the right to life, the Second Amendment, stopping the rampant borrowing and spending, even taking on the Supreme Court if that’s what it takes" -- which is exactly what he wrote catalyzed the populist conservative movement in the 1960s and led to the Reagan Revolution in the 1980s.

Watch an interview Glenn Beck conducted with Ben Sasse below.