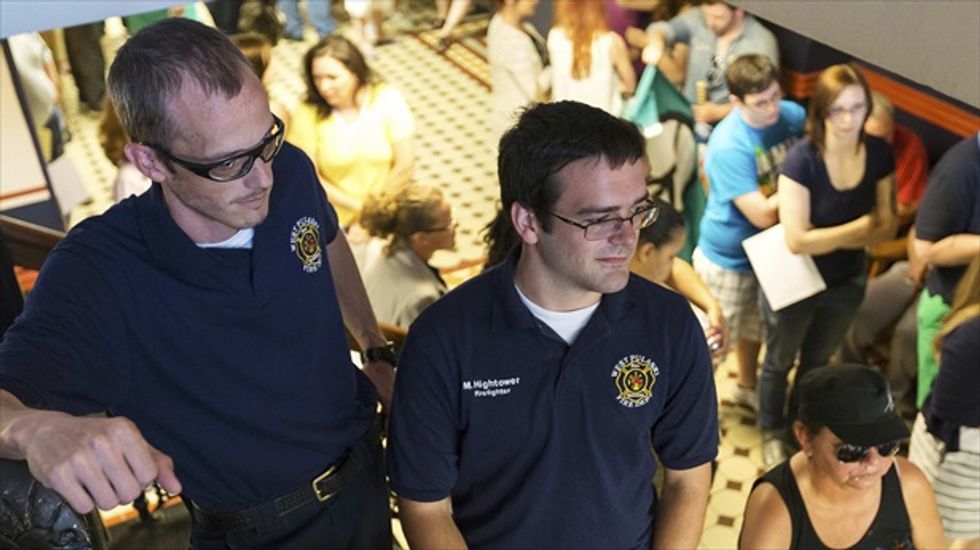 LITTLE ROCK, Arkansas (Reuters) - The Arkansas Supreme Court delayed its ruling until at least Tuesday on whether same-sex couples should be allowed to wed, even as more than 150 gay and lesbian couples were married at a county courthouse in the capital city of Little Rock.

Late last Friday, a state court judge struck down Arkansas' decade-old ban on same-sex marriages, paving the way for five Arkansas counties to begin issuing marriage licenses to same-sex couples on Monday morning, according to a spokesman for the Association of Arkansas Counties.

The court ruling, which the state has appealed, made Arkansas the first and only state in the U.S. South to issue marriage licenses to gay and lesbian couples, adding to the momentum for allowing same-sex marriages in the country.

The state has asked the Arkansas Supreme Court to halt the issuance of marriage certificates for same-sex couples, and on Monday the court ordered attorneys to submit briefs by noon on Tuesday.

Some lawmakers in the deeply conservative state have called for Piazza's impeachment and for the Supreme Court to strike down the ruling they say flies in the face of the will of the state's residents.

Most of the marriage licenses granted on Monday came from Little Rock, where couples lined up from pre-dawn hours to tie the knot. Thunderous applause rewarded couples who accepted the offer of free marriage ceremonies by local ministers and at least four elected state judges.

"I didn't think it would happen, not in Arkansas," said Thomas Baldwin, 37, a train engineer, who was first in line at the courthouse so that he could marry his partner.

Only two protesters were seen, and were largely ignored.

Fifteen same-sex couples wed on Saturday at Eureka Springs, before the county clerk's office reversed itself and stopped issuing marriage licenses, relying on its attorney's advice.

Seventeen states plus the District of Columbia allow same-sex couples to marry. That number would increase sharply if federal court rulings striking down bans in several states are upheld on appeal.

"There is some predictable opposition from hard-core opponents but most of the public is moving in the direction of opening their hearts and changing their minds in favor of the freedom to marry," said Evan Wolfson, founder and president of the advocacy group Freedom to Marry.

[Image: Steven Gibson and Mark Hightower (R) wait to receive their marriage license at the Pulaski County Courthouse in Little Rock, Arkansas May 12, 2014. By Jacob Slaton for Reuters]