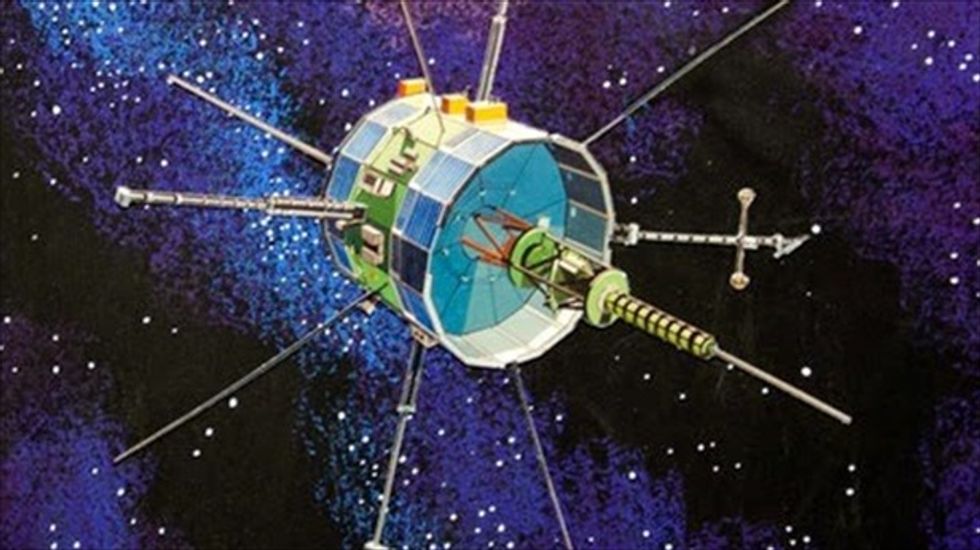 CAPE CANAVERAL Fla. (Reuters) - A group of citizen scientists can take over a 36-year-old decommissioned robotic space probe that will fly by the Earth in August, the National Aeronautics and Space Administration said on Wednesday.

Launched in 1978, the International Sun/Earth Explorer-3 (ISEE-3) spacecraft studied how the stream of charged particles flowing from the sun, the so-called solar wind, interacts with Earth’s magnetic field.

After completing its primary mission, the probe was given a new name, the International Comet Explorer, and new targets to study, including the famed Comet Halley as it passed by Earth in March 1986.

A third assignment to investigate powerful solar storms, known as coronal mass ejections, followed until 1997, when NASA deactivated the spacecraft.

In August, the satellite’s graveyard orbit around the sun will bring it back by Earth, a feat of physics that caught the eye of an ad hoc group of citizen scientists. Last month, the team launched a successful crowd-funding project to raise $125,000 to reboot the probe.

"We have a chance to engage a new generation of citizen scientists through this creative effort to recapture the ISEE-3 spacecraft as it zips by the Earth this summer,” John Grunsfeld, NASA’s associate administrator for science, said in a statement. The NASA agreement gives Skycorp Inc, a California company working with the citizen scientists, permission to attempt to contact and possibly command and control the satellite, which is believed to still have fuel and working scientific instruments.

“Our plan is simple: we intend to contact the ISEE-3 spacecraft, command it to fire its engines and enter an orbit near Earth, and then resume its original mission,” Keith Cowing, a former NASA engineer who runs the NASA Watch website, wrote in a project status report on Wednesday.

“If we are successful it may also still be able to chase yet another comet,” Cowing said.

If the effort is unsuccessful, the ISEE-3 will swing by the moon and continue to circle the sun.

NASA has never before signed an agreement to turn over a decommissioned satellite for private use.

“New data resulting from the project will be shared with the science community and the public, providing a unique tool for teaching students and the public about spacecraft operations and data-gathering,” NASA said in a press release.

The spacecraft must be contacted within a month or so and change its orbit no later than mid-June if it is to have a shot a new mission, the project website shows.

The maneuvers will include a flyby of the moon at an altitude of less than 31 miles (50 km), Cowing noted.