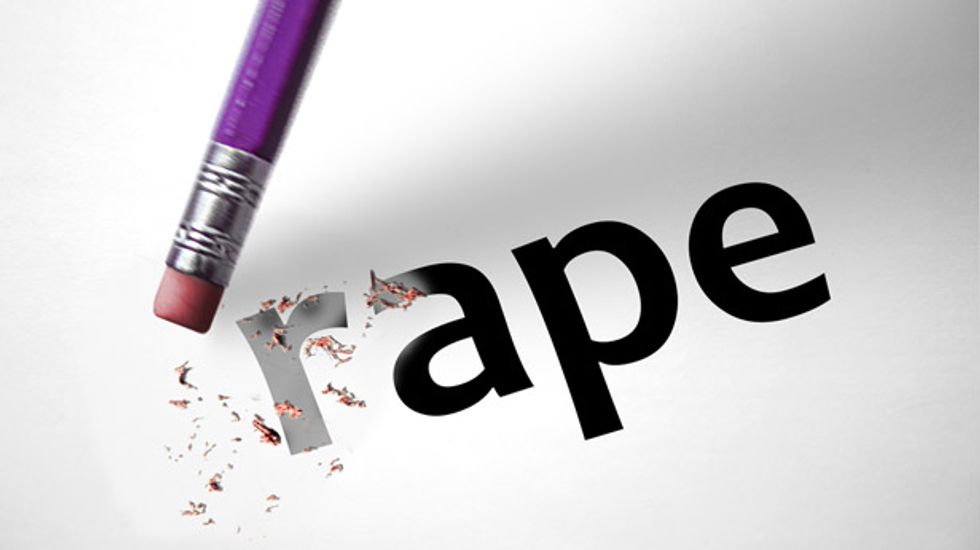 When The National Review was launched back in 1955, founder William F. Buckley Jr. found life in the Eisenhower 50's a bit too 'get your freak on' for his tastes and decided that someone needed to take America and shake it like a British nanny.

Buckley decided that 'someone' was him:

The launching of a conservative weekly journal of opinion in a country widely assumed to be a bastion of conservatism at first glance looks like a work of supererogation, rather like publishing a royalist weekly within the walls of Buckingham Palace. It is not that, of course; if NATIONAL REVIEW is superfluous, it is so for very different reasons: It stands athwart history, yelling Stop, at a time when no one is inclined to do so, or to have much patience with those who so urge it.

You may think that 1950's Cold War America was a pretty conservative place, but that is probably because you are a atheist Communist miscegenating sex fiend and, therefore can't see straight ... because you're also gay.

[National Review] is out of place because, in its maturity, literate America rejected conservatism in favor of radical social experimentation. Instead of covetously consolidating its premises, the United States seems tormented by its tradition of fixed postulates having to do with the meaning of existence, with the relationship of the state to the individual, of the individual to his neighbor, so clearly enunciated in the enabling documents of our Republic.

So, basically it was a Tea Party Manifesto for the non-monosyllabic.

Buckley thought what he was doing was pretty hotsy-totsy exciting stuff back then, but it was, at heart, a fairly intellectual affair that was as radical as button-downed Swiss banker. National Review was virulently anti-Communist, -- as was the custom of the time -- and its racism was as erudite as it was wrong-headed. In 1957 Buckley wrote in  Why the South Must Prevail  that "cultural superiority of white over Negro" mandated that whites were "entitled to take such measures as are necessary to prevail, politically and culturally, in areas where [they do] not predominate numerically."

It was racism of the most gentlemanly sort.

That was then  and this is now.

The National Review of today, mainly known through National Review Online, has been pushed to the far extremes by a media landscape littered with bomb-throwing bloody-shirt-waving red-meat-tossing websites like Townhall, The Daily Caller, Dead Breitbart, and, of course Fox News. How are you going to keep them up in the penthouse when the other kids are down in the street raping and pillaging the browns, the blacks, the gays, the women, and the poor in the mud?

And because National Review is a consistent money loser  they need your clicky-dollars more than ever and that means they have also gone anti-science and anti-women because that is where the big rube dollars are. While going anti-science can be an even bigger money loser, hatin' on the sluts is always a win-win: whether it is over equal pay, freedom of choice, or the government paying for their whore pills.

Which brings us to A.J.Delgado's War on Women Who Cry Rape.

According to Delgado, rape on college is probably not a  'thing' that we should be concerned about and she has just the anecdote that will serve as all the data she needs to prove it.

It seems that Delgado was friends with "Amy' in college and "Amy" went out with "Steve" because "Amy" wanted "Steve's" "D", and she got it and came home and told AJ. all about "Steve's" "D", but then  "Steve" didn't call "Amy" and so "Amy" got mad and the next morning "Amy" decided that "Steve" had maybe possibly  raped her, but the cool-headed AJ convinced her that "Steve" probably hadn't, and there was peace in the valley, and later "Amy" started chasing "Steve" around again because she is a psychotic whore cock-monster or something.

Therefore, this is what happens all of the time because women are conniving whore bitches just like "Amy".  So, rape on campus?  No so much. Q.E.D.

Kudos, to the good folks at National Review for trying to expand their readership -- maybe drawing over some of these guys, -- to include men who hate women because they don't believe that their vaginas exist only as sheathes for the mighty swords of the MRA crowd.  And bonus points for finding a woman willing to write it, providing rapey guys with anecdotal evidence that -- when they play date-em, drunk-em, dick-em, and dump-em, --  some lady somewhere still loves them

Although  she'll probably become a man-hating lesbian shrew who will take all of their money, their house, their kids, and their jetski away someday, because deep down they're all like that.