Neil DeGrasse Tyson's 'great fear': Aliens have been to Earth -- and thought we were dumb 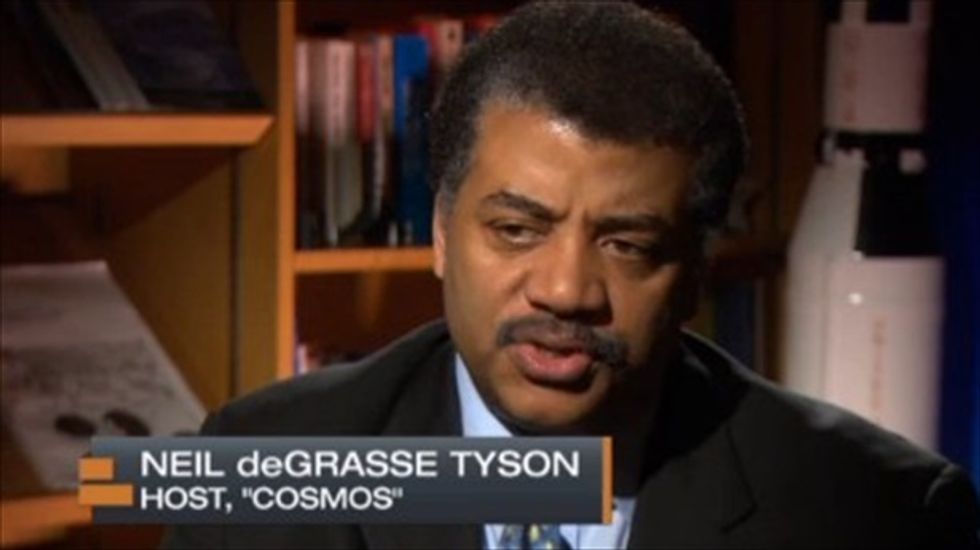 Astrophysicist and Cosmos host Neil DeGrasse Tyson told MSNBC host Chris Hayes that while it's audacious enough for human beings to say they're capable of defining intelligence, he would still like to know if there's other intelligent beings in the universe.

"My great fear is that we've in fact been visited by intelligent aliens," DeGrasse Tyson said to Hayes. "But they chose not to make contact, on the conclusion that there's no sign of intelligent life on Earth. How's that for measures of intelligence?"

One reason it's presumptuous for humans to act like they're the arbiters of intelligence, DeGrasse Tyson said, is the possibility that planets much older than ours are already sending us messages in a format that, while basic to them, is incomprehensible by our current standards.

For example, he explained, while radio waves are seen as commonplace in present-day Earth, no one could have understood them 200 years ago.

"We were sending signals out before we were doing it on purpose," DeGrasse Tyson said. "Our early TV shows, like I Love Lucy and The Honeymooners and that sort of thing, Howdy-Doody. These are our cultural emissaries."

"These are the things aliens will decode about our civilization, because in the radio bubble that is the volume around our solar system that contains our radio chatter -- be it accidental or on purpose --"

"They will learn how men and women treat each other by watching The Honeymooners," DeGrasse Tyson said. "'To the moon, Alice!' And people used to laugh at that."

Watch the discussion, as aired Friday on MSNBC, below