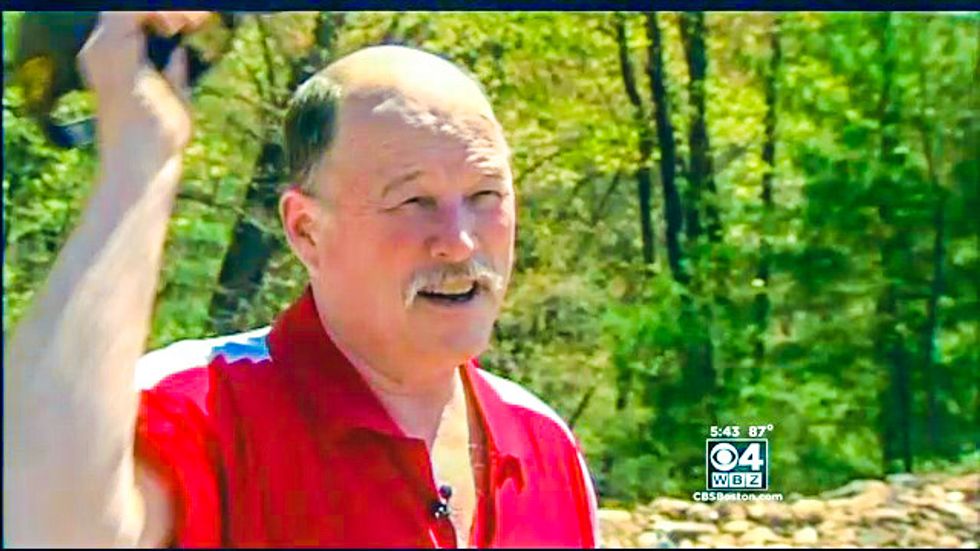 A New Hampshire man could face criminal charges and lose his hunting license after he shot his cousin in the head while turkey hunting over the weekend.

Glenn Ranfos, 57, recalled to WBZ that he had just killed a turkey himself, and was hunting in the deep woods of Dunbarton.

“And I had this eerie feeling,” Glenn Ranfos explained. “I turned around and the gun was pointing at me.”

Kenneth Ranfos, who has been hunting with his cousin for 40 years, shot him from just 30 yards away with a shotgun. WBZ speculated that Kenneth Ranfos may have mistaken his cousin's bald head for a turkey when he quickly removed his hat.

“I instantly started bleeding from the forehead,” Glenn Ranfos said. “And I could feel penetration on my side and I stood up and said to Kenny ‘you shot me’ and he was in disbelief. He really thought he shot a turkey.”

Glenn Ranfos now has five shotgun pellets stuck in his body, including one in his head and one in his spleen.

“Head to toe. Beak to tail," Mackay insisted. "It really shouldn’t happen. A human doesn’t really look like a turkey in the woods.”

Glenn Ranfos said that he planned to continue hunting with his cousin if he got his hunting license back.

“I feel lucky that Kenny wasn’t a great shot,” he laughed. “He made an honest mistake.”