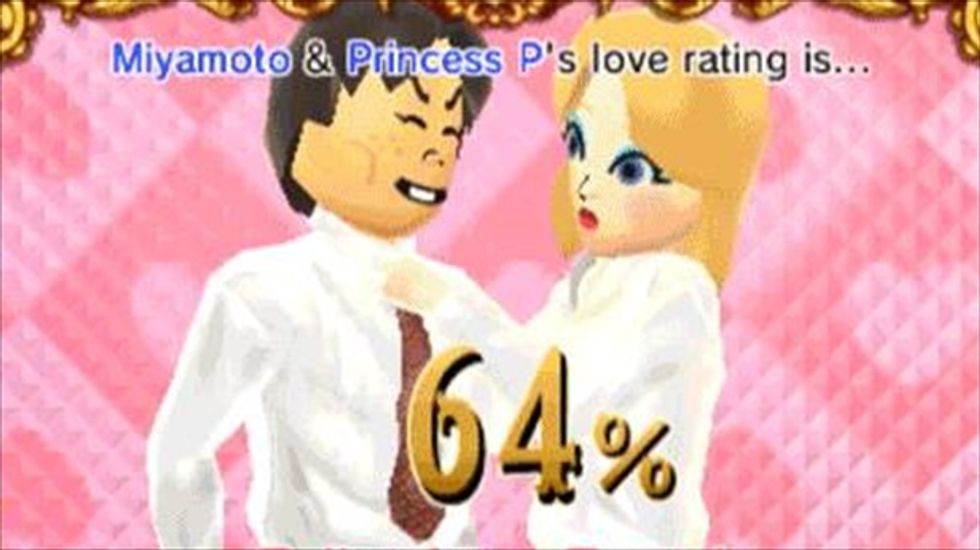 Nintendo is facing a storm of criticism over its decision not to allow gamers to play as gay characters and form same-sex relationships in the life-simulation game Tomodachi Life.

There has been disquiet and outrage from a number of quarters despite Nintendo’s statement that Tomodachi life is meant to be a “whimsical and quirky game” and not a “social commentary”. This defence in fact seems to have only served to fan the flames ahead of the game’s release in Europe.

The reaction is understandable in terms of discrimination, but also because of the deep attachments that gamers develop with their online characters.

I have been researching video game play for more than two decades and I’ve always found issues surrounding character formation, sexuality, and gender in gaming of great psychological interest.

In one of our studies we found that 57% of gamers had gender-swapped their game character at some point. The practice was more common among women than men. Gender swapping enabled gamers to play around and experiment with various aspects of their in-game character in a way that just isn’t possible in real life. For others it was just fun to see if they felt any different playing as a different gendered character.

In most instances, the gamers had the opportunity to choose a gender and develop other aspects of their character before they began to play. Choosing to gender swap may have had an effect on the gamers’ styles of play and interaction with other gamers. Whatever the reasons, it was clear from our research that the development of gamers’ online characters and avatars was important to them.

One of the reasons for the importance of online gaming identities may be because it subverts traditional parasocial interaction. This is when people develop a one-sided relationship in which one party knows a great deal about the other but the same cannot be said in reverse. The most common example of the phenomenon is the relationship between celebrities and their fans.

A study led by Nicholas Bowman, from West Virginia University, argued that playing video games challenges this concept because the distance between players is reduced or even removed once they enter their virtual environment. The study claimed that online gaming encourages the “psychological merging of a player’s and a character’s mind” and is critical in the development of character attachment. In this context, the sexuality of a character for a player may be of fundamental psychological importance.

This appears to be confirmed in another study which presented a scale to assess the connection that gamers felt towards their character. This revealed a significant relationship between character attachment and self-esteem, addiction, game enjoyment and time spent playing games.

But despite this strong bond, there is a relative lack of gay, lesbian, bisexual, and transgender representation in video games compared with music, film and television.

Nintendo is not the only culprit but Tomodachi Life has attracted attention because players get to live on an island, take on a character and act out an online life. They make friends, fall in love and can get married. Tye Marini, a gamer from the US, has started a campaign because he wants to marry the avatar of his real-life fiancé. He says some content in the game is only accessible to characters who get married so either has to change his character’s gender or miss out.

We do have to wonder why the gaming industry is so far behind in this respect. There was for a long time a chronic under-representation of women in games and many people, myself included, argued that this alienated female gamers. This eventually led to developers introducing strong female characters into video games, such as Lara Croft. Maybe the appearance of GLBT characters and role models within games will increase over time but I’m not holding my breath.

Already a big seller in Japan, it remains to be seen whether Tomodachi Life will be as successful in Europe and the USA when it is released in June. Nintendo’s decision not to allow gay relationships to form within Tomodachi Life appears to be ill-judged, ill-informed, and outdated.

Games in which identity content can be generated by its users needs to reflect the world in which the gamers’ live. In short, there should be no compromise when it comes to allowing gamers’ to choose their sexuality within the game.

Dr. Mark Griffiths has received research funding from a wide range of organizations including the Economic and Social Research Council, the British Academy and the Responsibility in Gambling Trust. He has also carried out consultancy for numerous gaming companies in the area of social responsibility and responsible gaming.