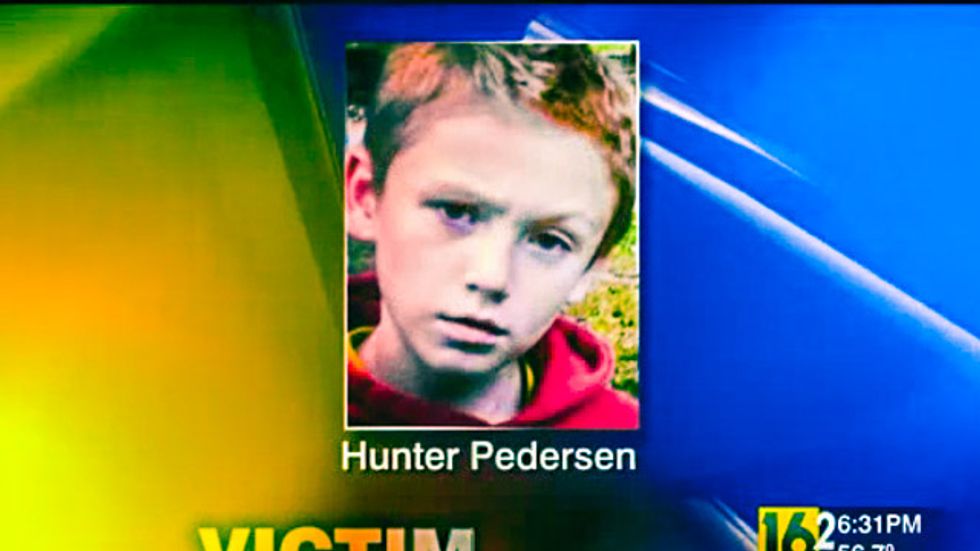 An 11-year-old Pennsylvania boy was shot dead over the weekend when his uncle was showing off a number of guns that he thought were unloaded, and pointed one with a laser sight at the child's forehead.

The Pocono Record reported that State Police responded to reports of shots fired in a gated community in Delaware Township at around 5:35 p.m. on Saturday.

According to a police report, the 11-year-old child was visiting the home of his grandfather. The boy allegedly asked his uncle, 34-year-old Chad Olm, who lives in the basement, to see his gun collection.

Olm told police that he opened his security safe and began showing his weapons to the nephew, and his son, who was also present. He insisted that he did not keep the guns loaded.

After letting the boys handle three handguns -- a .357 Magnum revolver, a .22 revolver and a 9 mm -- he then pulled out a Glock 27 .40-caliber handgun that was equipped with a laser sight.

Olm stated that he did not check to see if there was a round in the chamber, but said that the handgun did not have a magazine in it. Olm said that he pointed the laser at the walls and ceiling. And then he pointed it at his nephew.

“Look, you have a red dot on your forehead," Olm recalled one of the boys saying.

Olm said that when the nephew reached out for the gun, he pulled the trigger. A single bullet struck the child above the eye, causing him to start bleeding and fall over.

“It’s horribly tragic. The family is devastated,” Blooming Grove State Police station commander Lt. Chris Paris pointed out. “It goes to show that the safe handling of firearms is a must. The family has lost something that they can never replace.”

Police arrested Olm on charges of criminal homicide, recklessly endangering another person and endangering the welfare of children. He was being held at Pike County Correctional Facility in lieu of bail.

WNEP identified the boy as Hunter Pedersen, a fifth grader in the Wallenpaupack Area School District. Counselors were expected to be available to talk to students during Monday classes.

[Correction: A previous version of this article incorrectly stated the incident occurred in New Jersey]