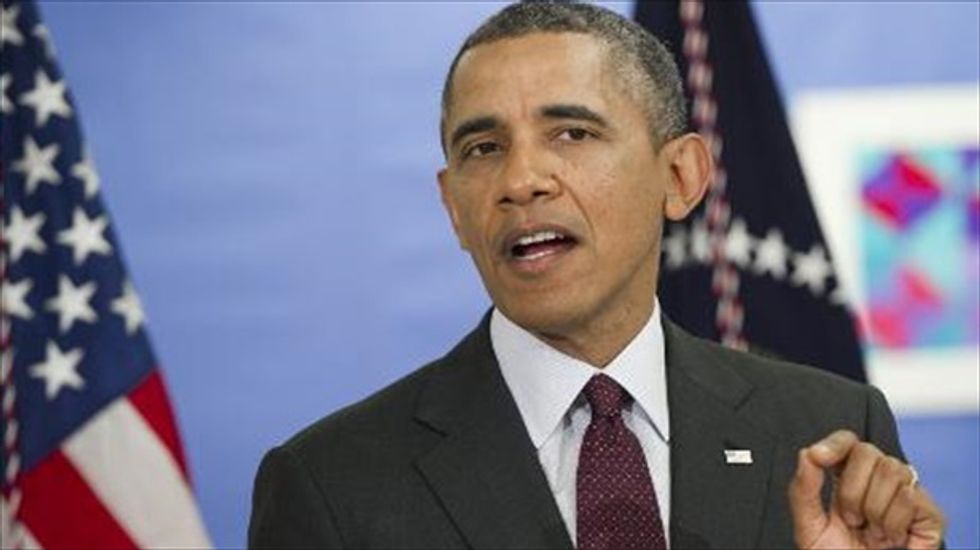 WASHINGTON (Reuters) - Stung by criticism, President Barack Obama will use a speech on Wednesday to launch a sweeping defense of his approach to foreign policy, one that he will say is reliant on multilateral diplomacy instead of military interventions.

Obama is to deliver the commencement address at the U.S. Military Academy at West Point, New York, the first in a series of speeches that he and top advisers will use to explain U.S. foreign policy in the aftermath of conflicts in Iraq and Afghanistan and lay out a broad vision for the rest of his presidency.

The president has come under withering fire in recent months for what his critics say is a passive approach to foreign policy, one that has allowed Russian President Vladimir Putin to flex his muscle in Ukraine, and left the Syrian civil war to fester and China to threaten its neighbors in the South China Sea.

Shortly after a trip to Asia late in April during which he strongly defended his incremental approach, he directed aides to frame a speech to explain his foreign policy and how he plans to handle world hot spots during his remaining two-and-a-half years in office.

"You will hear the president discuss how the United States will use all the tools in our arsenal without over-reaching," a White House official said on Saturday. "He will lay out why the right policy is one that is both interventionist and internationalist, but not isolationist or unilateral."

Obama, determined not to repeat what he views as the mistakes of his Republican predecessor, George W. Bush - U.S. involvement in wars in Iraq and Afghanistan - has leaned heavily on diplomatic activity instead of military force.

In the case of Ukraine, he has ordered sanctions against some of Putin's inner circle and businesses associated with the Kremlin power structure but has made clear he will not threaten military force for Moscow's seizure of Crimea.

The fear among some in Washington is that Obama's handling of Russia will prompt China to flex its muscles in the South China Sea, where tensions have already been rising over such actions as the placement of a Chinese oil rig in waters claimed by Vietnam.

On Syria, Obama backed away from a threat to use military force over the use of chemical weapons against Syrian civilians by the Syrian government. While a deal struck with Russia is leading to the disarming of Syria's chemical weapons stockpile, the three-year-old Syrian civil war rages on and President Bashar al-Assad remains in power.

Obama will emphasize that Syria remains a counter-terrorism threat as a haven for militant groups. U.S. officials have debated whether to supply heavier weapons and increase covert aid to Syrian rebels.

"We do see Syria as a counter-terrorism challenge. However, the right policy approach continues to be strengthening the moderate opposition, which offers an alternative to both the brutal Assad regime, and the more extremist elements within the opposition," the White House official said.

The official said Obama will say the United States is the only nation capable of galvanizing global action and why "we need to put that to use in an international system that is sustainable and enduring, and that can address challenges from traditional ones, like maritime and trade issues, to emerging ones, like climate change."