Oscar-winner Sally Field gets star on Hollywood Walk of Fame 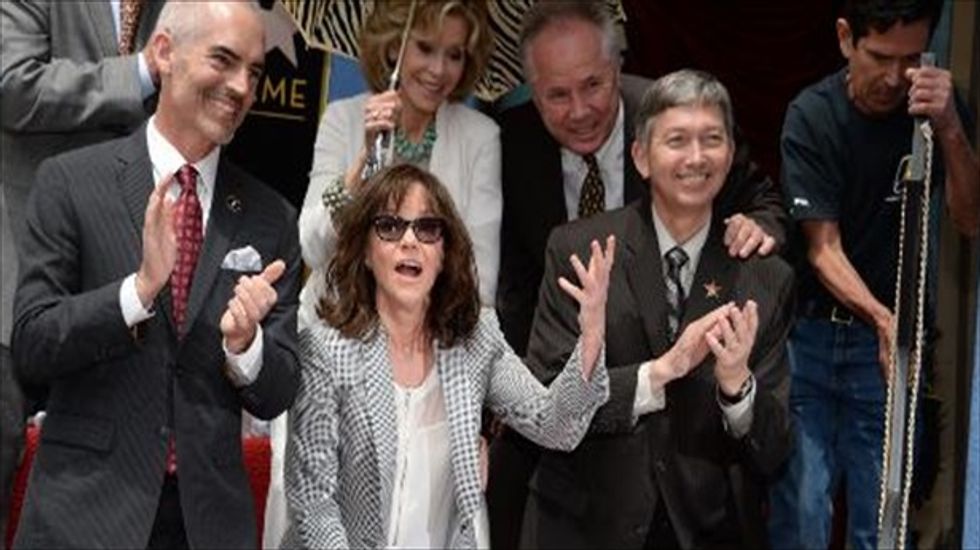 Actress Sally Field is honored with a star on the Hollywood Walk of Fame, on May 5, 2014 in Hollywood, California [AFP]

Oscar-winning U.S. actress Sally Field finally got a star on Hollywood's storied Walk of Fame on Monday, more than three decades after she earned her first Academy Award.

The 67-year-old joked about her roller-coaster career spanning five decades, including her Oscar-winning performances in 1979's Norma Rae and 1984's Places in the Heart.

"I've ridden the highs, and tried to learn from the lows," she said on Hollywood Boulevard, where her star is the 2,524th on the famous stretch of sidewalk perused by millions of tourists ever year, at the heart of Tinseltown.

Field, who was nominated for an Oscar last year for Steven Spielberg's historical drama Lincoln, appears in The Amazing Spider-Man 2, which has just topped the North American box office on its debut weekend.

The actress reprises her role as Peter Parker's Aunt May in the movie, which made over $90 million, outperforming the 2012 original that went on to gross $262 million.

At her star-unveiling ceremony Monday Field recalled how the producer on her first TV series five decades ago told her, as she prepared to play her first scene: "You can't change your mind."

"I've worked my whole life, and feel the many miles I have accumulated in this saddle. And I can tell you... in these last 50 years I have not ever, not once considered changing my mind," she said.