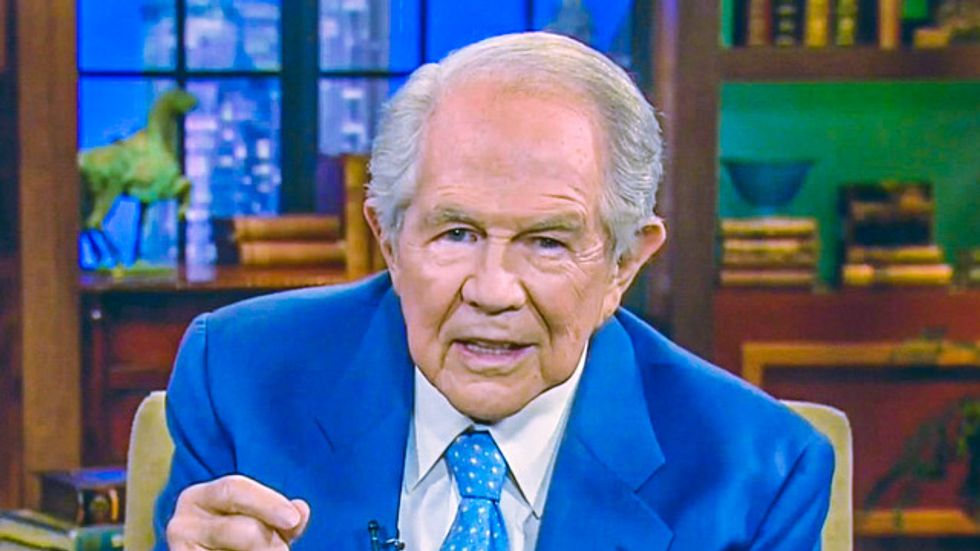 TV preacher Pat Robertson on Thursday advised his viewers not to engage atheists -- who he said were like "swine" -- on social media about the existence of God.

During the viewer questions segment of Thursday's 700 Club broadcast, one email asked about how to handle atheists who wanted to "argue" whether God was real.

"Whenever I post something on social media about my faith, many atheists comment that what I believe is wrong and try to argue about God's existence," the viewer named Christine explained. "Should I argue back and try to prove His existence or should I just ignore it?"

"A swine is hungry for nuts!" he exclaimed. "He wants chestnuts or whatever nuts he eats, and he roots in the ground. And you throw a precious pearl in front of him, and he thinks, 'That is another nut, I want to eat it.' And he starts to eat, and the thing doesn't taste good. Then he gets mad, then he turns around, and he takes his tusk and he wants to gore you."

Robertson continued: "You talk about the social media, you've got everybody known to man out there. But why would you put your pearls out, and why would you argue with those people? I mean, keep your stuff to yourself."