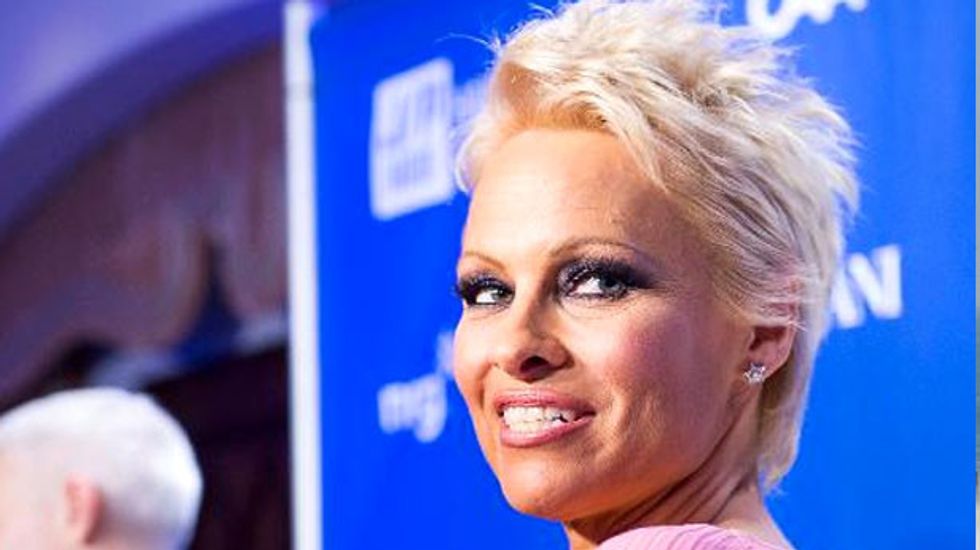 Pamela Anderson at the Montage Hotel in Los Angeles (AFP)

Canadian federal police said Thursday they hope to investigate actress Pamela Anderson's recent allegations of childhood rape, and have reached out to her for details.

Anderson alleged at a press conference in Cannes, France last Friday that she had been sexually abused while growing up on Vancouver Island in westernmost Canada from the age of six until her teens at the hands of a babysitter, a boyfriend and others.

"I did not have an easy childhood," Anderson said at the launch of the Pamela Anderson Foundation for the benefit of animals and the environment, explaining her mistrust of people and search for solace in the company of animals.

"Despite loving parents, I was molested from age six to 10 by my female babysitter. I went to a friend's boyfriend's house, and while she was busy, the boyfriend's older brother decided he would teach me backgammon, which led into a back massage, which led into rape -– my first heterosexual experience," she was quoted as saying.

Later, in her mid-teens her "first boyfriend in Grade 9 decided it would be funny to gang rape me with six of his friends."

The Canadian-born actress is best known for her television roles in Baywatch and V.I.P. as well as campaigns with the animal rights group PETA.

Royal Canadian Mounted Police spokesman Corporal Darren Lagan told AFP that the force is "aware of the recent statements made by Ms Anderson."

"Given the nature of the allegations, an investigator with the... RCMP is in the process of reaching out to Ms. Anderson to discuss this matter with her directly."