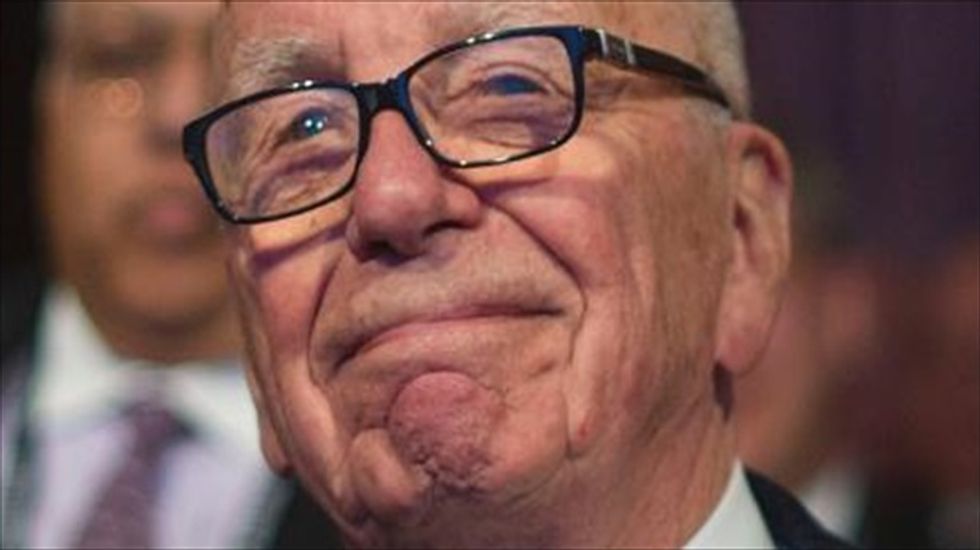 Harlequin, the global queen of bodice-ripping books telling tales of romance between doctor and nurse, or servant and heir, has been seduced by media magnate Rupert Murdoch.

The Australian-born US tycoon's News Corp will bring the international fiction publisher into its HarperCollins Publishers unit, 99 percent of whose books are published in English.

Harlequin is a globetrotter. It publishes romance and women's fiction and nonfiction books in 34 languages on six continents, written by more than 1,300 authors worldwide.

"Harlequin is a perfect fit for the new News Corp, vastly expanding our digital platform, extending our reach across borders and languages, and is expected to provide an immediate lift to earnings," said Robert Thomson, chief executive of News Corp.

The world's leading publisher of romance fiction churns out more than 110 new books a month.

Its market is women. The formula is simple: a hero, a heroine, a complicated love story that ends happily ever after, or at least well.

Since its founding in Toronto in 1949, the company has sold 6.3 billion books worldwide.

In France, the nation of amour, customers bought one of its books every three seconds in 2010, according to Harlequin.

The novels often have been criticized for their canned story lines and cliches, an image not entirely disputed by the writing guidelines on Harlequin's websites for potential authors.

Varying according to the series, in general Harlequin wants heroines to be young, beautiful and intelligent, someone "relatable" to the reader and who can be "swept in the arms of powerful heroes": a "hot-shot" surgeon, a "rugged and strong" cowboy, a firefighter or a wealthy alpha male.

As for eroticism, that varies by collection but the company welcomes steamy elements to spice up the story but "no graphic sexual details."

"While our books are very sensual, they deliver on the Harlequin promise of one hero, one heroine, and an implied committed relationship at the end."

- Alongside the Wall Street Journal -

In a less glamorous vein, Harlequin faced complaints a few years ago from editors in France who said they were being exploited.

The publisher currently faces a class-action lawsuit in the United States over claims it deprives authors of certain e-book royalties due them.

Despite its critics, Harlequin has grown in 65 years to be the world champion in romance novels, adapting fairly quickly to e-books and adding books with larger print.

Torstar, the press group that publishes Canada's largest English-language newspaper, the Toronto Star, acquired a controlling interest in Harlequin in 1975 and bought the rest of the company in 1981.

But seeking to reduce debt, Torstar decided to sell the publisher to Murdoch.

At 83 and recently divorced from his third wife, Murdoch last year split his global empire News Corp into two to separate his television networks (Fox, Sky) and film studio (20th Century Fox) from his publishing and press holdings, shaken by phone-hacking scandal in Britain.

It is the second entity, the so-called "new" News Corp, that Harlequin is going to join. Its holdings include the prestigious The Wall Street Journal and The Times in London, tabloids like The Sun in Britain, and publisher HarperCollins.

"Harlequin has a devoted audience around the globe and an empathetic insight into contemporary cultures, which is itself a remarkable resource," Thomson said.

"This acquisition will broaden the boundaries of both HarperCollins and Harlequin, and is a significant step in our strategy to establish a network of digital properties in the growth regions of the world."

The transaction is expected to close by the end of September.