Shooting victim's father rips 'rudderless idiots' in Congress: 'I can't tell you how angry I am' 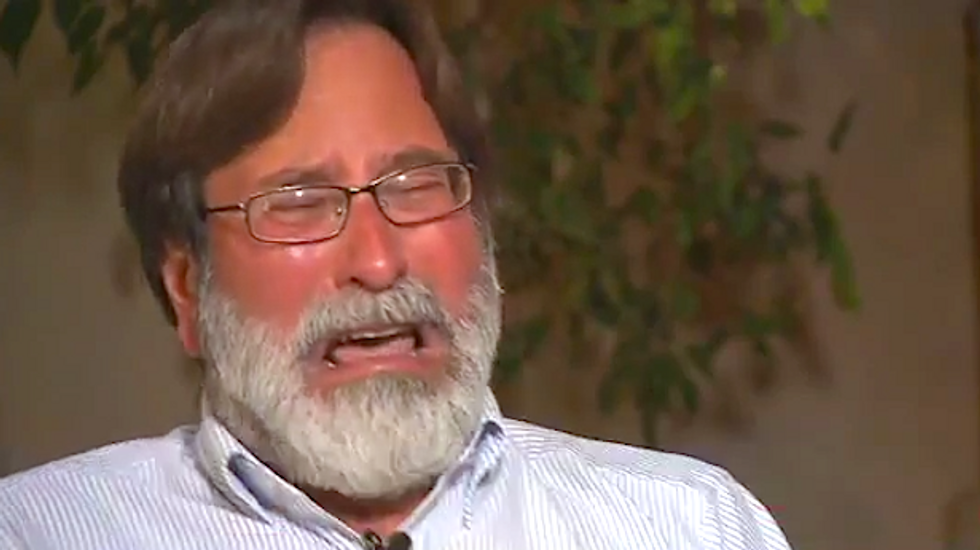 With a California town grieving the deaths of six college students killed by a mentally ill man, one victim's father on Monday blamed the killings on politicians who failed to tighten gun laws after a mass school shooting in Newtown, Connecticut.

"We're all proud to be Americans. But what kind of message does it send to the world when we have such a rudderless bunch of idiots in government?" Martinez said on CNN.

"I can't tell you how angry I am. It's just awful, and no parent should have to go through this."

Elliot Rodger, 22, the son of a Hollywood director, fatally stabbed three people in his apartment before shooting three people dead near the University of California at Santa Barbara.

He then shot himself. All of those killed were students at the school.

Michael-Martinez, described by his father as articulate and tough, was shot inside a deli. He was the last in the killing spree to die.

Martinez said his son died because Congress had failed to act after a mentally ill gunman killed 26 people in December 2012 at Sandy Hook Elementary School in Newtown, Connecticut.

"These people are getting rich sitting in Congress. And what do they do? They don't take care of our kids," he said.

The University of California at Santa Barbara, which is headed into its final exams, canceled classes on Tuesday for a day of mourning and reflection. It scheduled a memorial service for Tuesday afternoon.

"On Tuesday we will remember and honor the victims of this horrible event, and come together as an academic community to reflect, talk with each other, and think about the future," Chancellor Henry Yang and interim Executive Vice Chancellor Joel Michaelsen said in a statement on the school's website.

The university also has set up counseling services and emergency housing for displaced students.

About 200 people attended a memorial service late on Sunday at St. Mark's University Parish, pausing in front of poster boards dedicated to three of the dead, Veronika Weiss, Katie Cooper and Michael-Martinez.

Rodger killed two women and four men, aged 19 to 22, and wounded 13 people, including eight whom he shot as he sped through town in his black BMW, exchanging fire with police, authorities said.

Minutes before opening fire, Rodger emailed his plans to some 30 people, including his mother, father and former teachers, said Cathleen Bloeser, whose son was a childhood friend of the shooter and received a copy.

Rodger stated his intention to kill his housemates, lure others to his home to continue the mayhem, slaughter women in a sorority and bring his spree to the streets of Isla Vista.

Family friend Simon Astaire told Reuters that Rodger's mother, Chin, received a phone call on the night of the shooting from his therapist alerting her to the manifesto. She called police and her ex-husband, Peter Rodger, and the two raced to Isla Vista, Astaire said.

Chin heard radio reports about the shootings as she drove.

Santa Barbara County Sheriff Bill Brown said that Rodger was seen by a variety of healthcare professionals and it was "very, very apparent he was severely mentally disturbed."

Brown said his department had been in contact with Rodger three times. They included a welfare check at the request of his family in which deputies found him to be polite and courteous and not appearing to meet criteria for involuntarily incarceration.

Astaire said Rodger had seen therapists off and on since he was 9.

The Los Angeles Times published portions of Rodger's roughly 140-page manifesto in which he detailed his fear that police would foil his plot when they visited him last month.

"I had the striking and devastating fear that someone had somehow discovered what I was planning to do, and reported me for it," Rodger wrote.