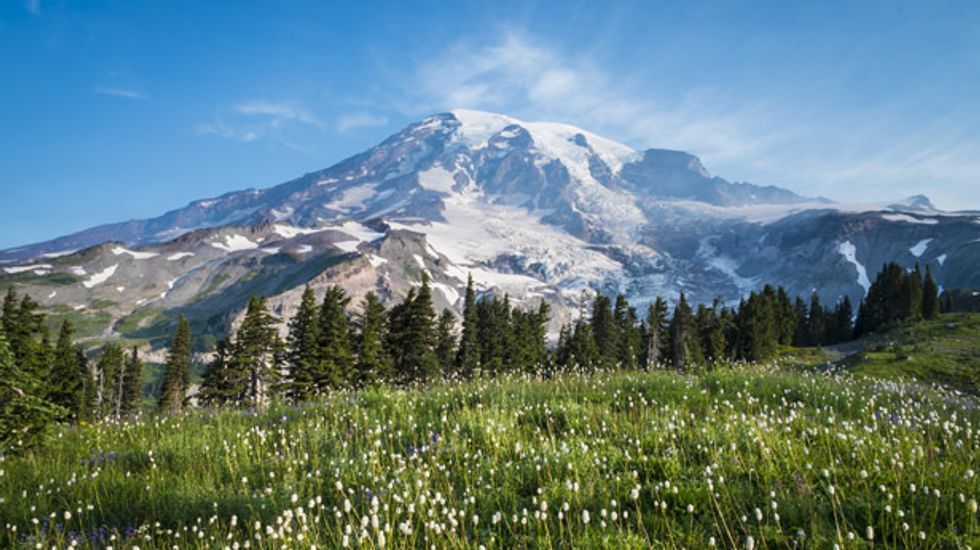 SEATTLE (Reuters) - Six climbers who disappeared three days ago on Washington's Mount Rainier are not expected to be found alive, the National Parks Service said on Saturday after search teams found their scattered gear.

The climbers appear to have fallen or got caught in an avalanche of snow, rock and other debris, Bauer said. No bodies have been located, she said.

"We don't believe there was a viable chance for survival," Bauer said. The climbers' gear was found at about 9,500 feet (2,900 meters) on a steep and dangerous area of the mountain, she said.

The climbing party, including two guides from Seattle's Alpine Ascents International, set off on Monday for a five-day ascent along the north face of the glacier-streaked mountain. They were last heard from via satellite phone on Wednesday evening when they had reached an elevation of 12,800 feet (3,900 meters) in the Liberty Ridge area, Bauer said.

All was fine, they said, although they noted some bad weather seemed to be moving in, according to Bauer. Their plan was to hike to the top of the mountain on Thursday, she said.

A rain and hail storm swept through lower elevations of Mount Rainier National Park from late afternoon to early evening on Wednesday, with snow at higher elevations, she said.

Alpine Ascents' website describes the Liberty Ridge hike as "one of the most technical and physically demanding climbs we do in the lower 48 states."

The park service dispatched a helicopter with two climbing rangers on Saturday and three additional rangers were doing a ground search on Liberty Ridge, Bauer said.

Bauer could not give details about the hikers' identities. An employee with Alpine Ascents declined to comment, referring questions to the park service.