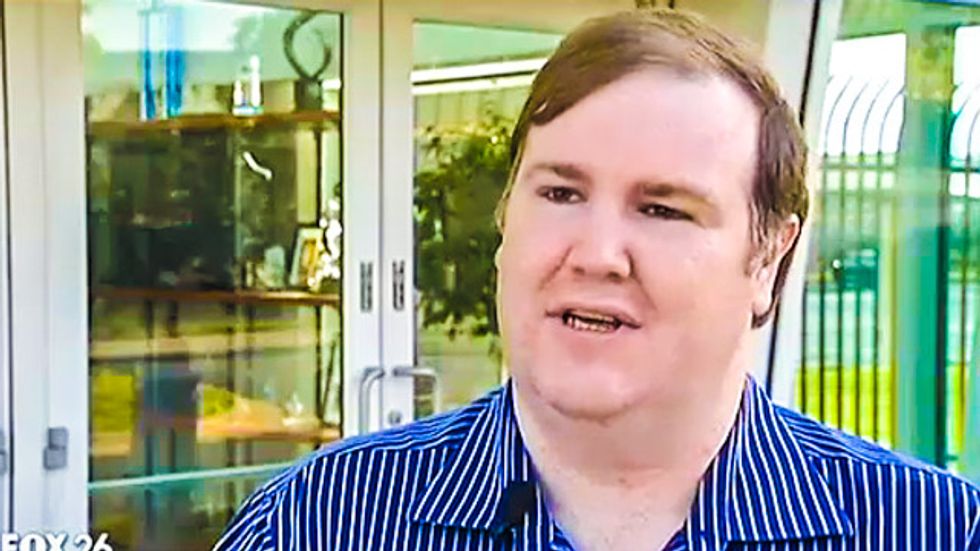 A Houston man is suing to force a stripper to return his Harry Potter DVDs and other belongings after he found out that she wasn't in love with him.

Robert Wallace, who works as a software developer, told KRIV that he thought he was in a "dating relationship" with exotic dancer Nomi Mims. According to Wallace, he loaned Mims about $2,000, a laptop and his Harry Potter DVD collection.

They "broke up" on May 3, Wallace said, and he waited a week for her to return the items because "I know how stubborn she can be."

Mims insisted that the two were not dating, and that the items were gifts.

"I don't believe in loans because I don't want to pay anybody back," she explained. "I've given him gifts too. You know, how do I get my booty and boobs back?"

"No refunds in the strip club," Mims added. "I've even had people come up in there asking, 'Oh, can I get a dance,' and they'll pay me back next week. We ain't got no layaway plans either."

If nothing else, Wallace said that he had learned not to date strippers.

"I did see it possibly ending this way," he admitted.