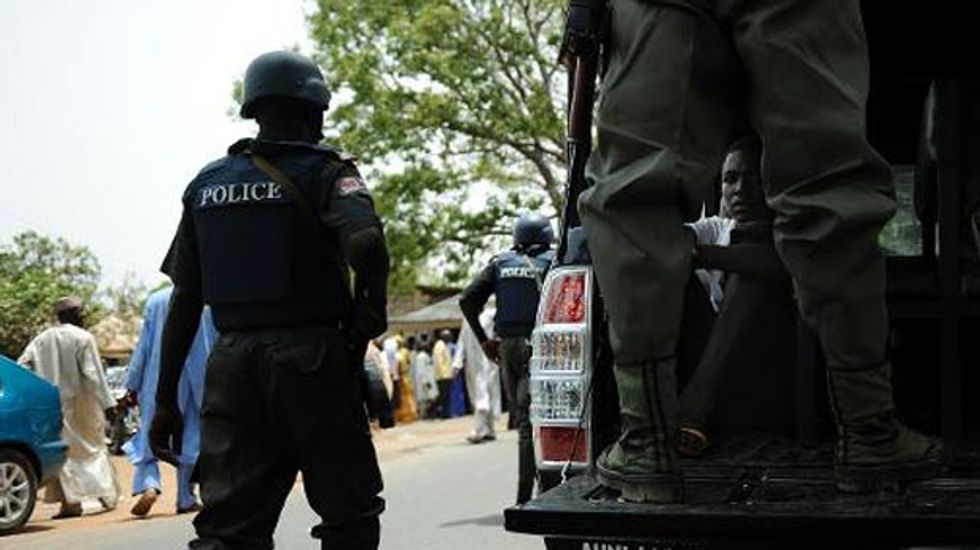 At least three people were killed on Saturday in the central Nigerian city of Jos in an explosion targeting football fans watching the European Champions League final, the authorities said.

The blast came just days after a twin car bomb attack ripped through a crowded market in the city, killing 118 and raising fears of a spread of Boko Haram Islamist violence from the restive northeast.

"So far, we have three dead, three injured," Chris Olakpe, the commissioner of police for Plateau state, of which Jos is the capital, told AFP.

"The target was the (football) viewing centre."

Olakpe said it was too early to say who may have been responsible for the blast, which came with people on edge and nerves frayed about a fresh strike.

The police chief also declined to comment on reports that the explosion was a suicide bombing but revealed that the bomber's improvised explosive device went off prematurely.

"He died in the wake of the heinous crime. He was consumed by his IED. It exploded before the viewing centre because of pressure from local youths and the alertness of the local people," he added.

Pam Ayuba, spokesman for the Plateau state governor Jonah Jang, said the blast happened at about 9:30 pm (2030 GMT) on Bauchi Road, a predominantly Muslim area of the city.

Police at the time did not directly blame Boko Haram for the attack but the group has been known for preaching against football as part of its agenda to impose strict Islamic law in northern Nigeria.

In several video clips, Boko Haram leader Abubakar Shekau has described football and music as a Western ploy to distract Muslims from their religion.

Jos is the capital of Plateau state, which falls in Nigeria's so-called Middle Belt, where the mainly Christian south meets the Muslim-majority north, and has seen deadly sectarian clashes in the past.

Analysts said the blasts earlier this week indicated Boko Haram was extending its reach beyond the northeast, which has borne the brunt of the violence in the increasingly bloody five-year insurgency.