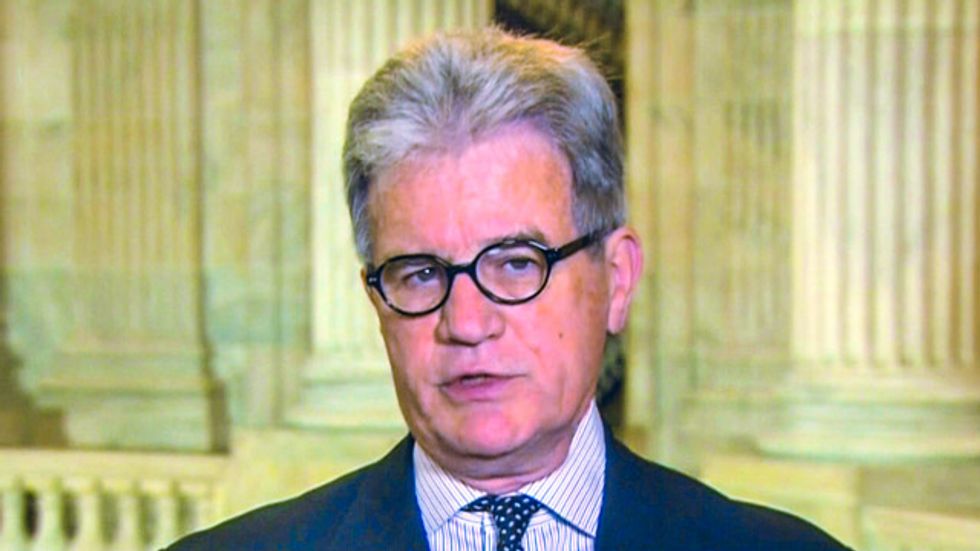 Sen. Tom Coburn (R-OK) on Thursday touted the fact that he was the only remaining Republican member of Congress who voted against a minimum wage increase in 2007 because he believed the ban on low wages should be completely repealed.

During an interview on MSNBC, Willie Geist asked the Oklahoma Republican if he "turned his back" on his own state by voting against raising the minimum wage to $10.10 on Wednesday.

Coburn argued that the "benefit is small, the cost of lost jobs is great, it goes against free market principles."

Geist pointed out that people working full-time for $7.25 an hour -- the current minimum wage -- could only make $15,000 a year, well below the poverty line.

"I don't believe you ought to interfere in the market!" Coburn insisted. "If Oklahomans want a minimum wage, we ought to have it. I don't believe there ought to be a national minimum wage. That's my position. I'm the only member of the Republican Party that's still here that voted 'no' on the last one."

"And I believe that markets work better than bureaucrats, and I think there's lots of downsides, and there's lots written in the economics field on raising the minimum wage," he continued. "So if you want to prove the point, let's raise them all to $20 or $25. If you want to give somebody a livable wage."

"Because at $25 you put them at median family income, which has not increased since 1989 in this country."

Watch the video below from MSNBC's Morning Joe, broadcast May 1, 2014.