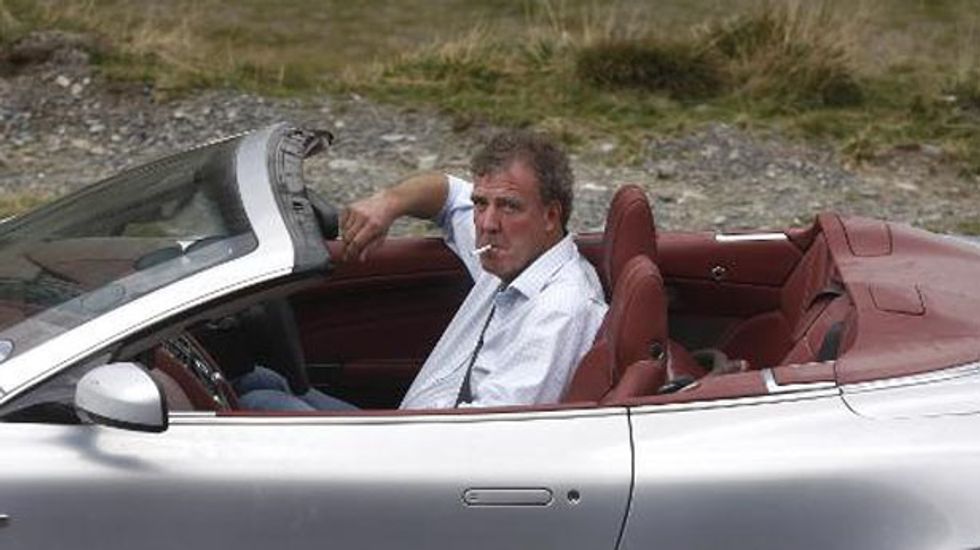 Jeremy Clarkson, presenter of BBC motoring programme Top Gear, "begged forgiveness" for appearing to use a racist insult in a non-aired clip recorded for the globally successful show.

Clarkson, no stranger to controversy, explained that he had recited an old nursery rhyme that includes a racist term, but tried to mumble out the offending word.

Having seen the recordings, the presenter said he had asked for another take to be used, replacing the word entirely, as there was some ambiguity in the original.

Responding on Twitter to the Daily Mirror report, Clarkson said: "Ordinarily I don't respond to newspaper allegations, but on this occasion I feel I must make an exception.

"A couple of years ago I recorded an item for Top Gear, in which I quoted the rhyme Eeny, Meeny, Miny Moe.

"Now, of course, I was well aware that in the best known version of this rhyme, there is a racist expression that I was extremely keen to avoid.

"The full rushes show that I did three takes. In two I mumbled where the offensive word would normally occur and in the third, I replaced it all together with the word 'teacher'.

"When I viewed this footage, several weeks later, I realised that in one of the mumbled versions, if you listen very carefully with the sound turned right up, it did appear that I'd actually used the word I was trying to obscure.

"I was mortified by this, horrified, it is a word I loath," he added.

"And as I'm sitting here begging your forgiveness for that fact that obviously my efforts weren't quite good enough."

Co-host James May later tweeted: "Jeremy Clarkson is not a racist. I wouldn't work with one."

Clarkson has previously landed himself in hot water for calling former British prime minister Gordon Brown a "one-eyed Scottish idiot", while comments made on the show have upset India, Mexico, Malaysia and Wales, among others.