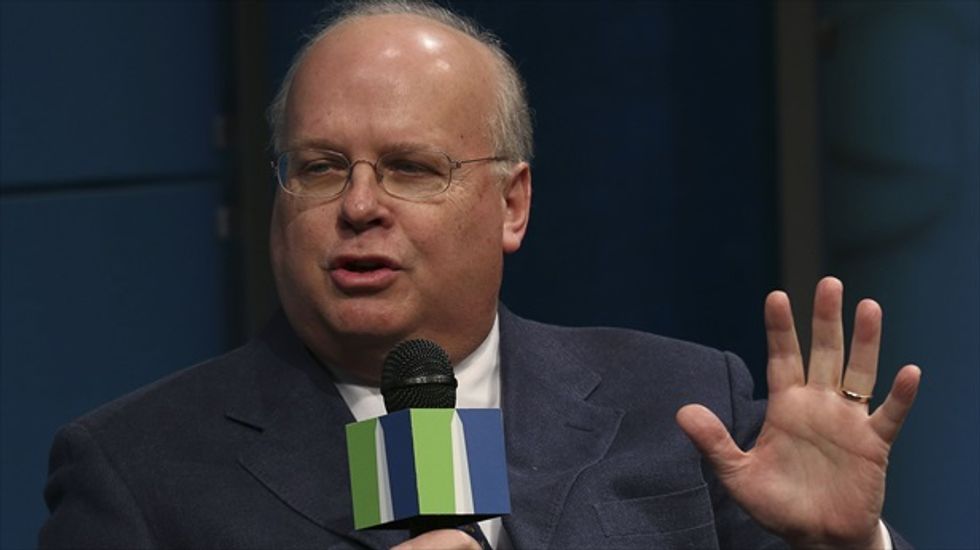 The New York Post reported that Rove made the suggestion last week at a conference. Rove denied using the phrase, but told the Fox News Channel that Clinton's health would be an issue should she run for the Democratic presidential nomination in 2016.

Asked about the brain damage comment at his daily news briefing, Carney noted the Republican's steadfast refusal to admit President Barack Obama had defeated Republican nominee Mitt Romney in the key state of Ohio on election night in 2012.

"Here's what I would say about cognitive capacity, which is that 'Dr. Rove' might've been the last person in America on election night to recognize and acknowledge that the president had won re-election, including the state of Ohio, so we'll leave it at that," Carney said.

Clinton suffered a blood clot in her head in December 2012 after a fall at her home and received several days of treatment at a New York hospital. The incident raised health concerns for Clinton, who was a widely traveled secretary of state for Obama.

Clinton, 66, is seriously considering entering the race to succeed Obama and would be the prohibitive favorite if she decides to do so. She has an active speaking schedule ahead of the release next month of her memoir, "Hard Choices."

Rove is the architect of George W. Bush's two presidential election victories. In his Fox News interview, he said Clinton had gone through "a serious health episode" and will have to deal with questions about her health and age if she runs.

"First they accused her of faking it, now they've resorted to the other extreme, and are flat out lying," he said.

"Even this morning, Karl Rove is still all over the map and is continuing to get the facts wrong. But he doesn't care, because all he wants to do is inject the issue into the echo chamber, and he's succeeding.

"It's flagrant and thinly veiled. They are scared of what she has achieved and what she has to offer. What he's doing is its own form of sickness. But she is 100 percent, period. Time for them to move on to their next desperate attack," Merrill added.

[Image: Republican political consultant Karl Rove speaks with the National Journal's Ron Brownstein (not pictured) during the fifth annual Washington Ideas Forum at the Newseum in Washington on Nov. 14, 2013. By Gary Cameron for Reuters]