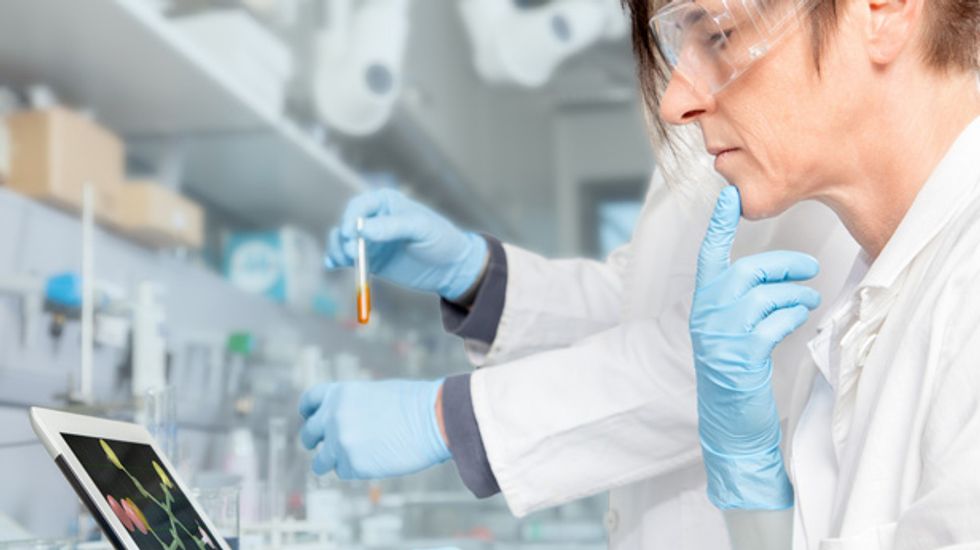 We could now be entering an alarming "post-antibiotic era", warned the World Health Organisation last week. The relief that humanity has won through antibiotics that fight off attacks on our health seems to be running out, as bacteria are developing ever better defence mechanisms. We thought the era of infectious diseases lay behind us; instead, is it coming back?

Already 25,000 people die every year in the European Union from diseases of the blood and urinary tract, from pneumonia, TB and diarrhoea, all of which could have been treated by effective antibiotics. And this is in a region where there is widespread vaccination against infections and where public health is strong.

The bugs behind TB or gonorrhoea now routinely fight off antibiotics ever faster, and these mutating bugs travel globally. Everywhere people are having to stay in hospital for longer and face a growing risk of infection by others. Death rates are beginning to rise rather than fall.

Nor is the situation likely to get any better. Part of the problem is that people are too casual over how antibiotics are prescribed and used so the bugs aren't eliminated, but instead develop better defence mechanisms. On top, over the past 30 years the drug companies have developed no new major antibiotic types. The last one was carbapenem – a so-called last resort antibiotic – back in 1980. Now more than half the cases of K pneumoniae that used to be treatable by carbapenem drugs no longer respond. Dr Keiji Fukuda, the WHO's assistant director general for health security, spelled out the danger: "Without urgent, co-ordinated action by many stakeholders," he said, "common infections and minor injuries, which have been treatable for decades, can once again kill."

The impact is felt across all of medicine. The effectiveness of drugs is interdependent. Cancer patients undergoing expensive chemotherapy need cheap antibiotics to handle the otherwise potentially fatal side effects as their immune systems reel from the impact of the poison to kill the cancer.

We are used to the notion that medical science is getting better; there is no need to fear an infected finger, let alone the diseases that traumatised earlier generations. Now it seems science is losing the battle we are accustomed to it winning.

But the crisis is much less in science than it is in the ways it is directed and organised. It is no accident that the failure to develop any major new antibiotics over the past 30 years has coincided with the roll back of the state and the accompanying collapse in self-confidence in public initiatives or in the beneficial affects of public spending.

Drug discovery, and with it the evolution of the entire complex medical ecosystem along with the science that supports it, has been driven by profit signals in the commercial marketplace. Because the easy to find antibiotic chemical compounds have been discovered, new research is complex and expensive – yet antibiotics are priced as low-margin commodity drugs. Worse, regulators – especially the FDA in the US which, as the gatekeeper to the richest drugs market in the world, is of pivotal importance – only license antibiotics for particular rather than generalised uses.

For a profit-maximising drug company such as Pfizer, there is an obvious conclusion. Don't waste valuable R&D on low-margin antibiotics that are never going to become super-profitable blockbusters. Instead, develop, say, Viagra (as it has), which is a high-margin, global money spinner. Exploit your financial muscle by avoiding as much tax as possible – other mutts can fund the infrastructure from which you directly benefit – and try to buy up other drug companies, such as AstraZeneca, which has been foolish enough to invest in drugs that are more integral to the entire medical ecosystem. You can harvest the results of their efforts, pocket your vast meta-bonus and buy an island in the Pacific. You may even be lucky enough to encounter a misguided, weak government – like the UK's – that believes this is the way to do business.

In the 19th century, one of the biggest catalysts to end laissez-faire was the lived experience of infectious diseases, lack of sewers, dirty air, contaminated food and unregulated quack medicine. The upper middle class built their pavilions on the windward west of English cities to try to limit their exposure not just to the stink but the risk of infection: is it no accident that the working class lived downwind on the east of cities?

But infectious disease does not respect the boundaries of class and wealth. Beginning with the 1840 Vaccination Act, the Victorians decided that public health had to come before individual freedom, and launched the interlocking efforts to build sewers, vaccinate infants and marshal ever better science to support their efforts. Anti-vaccination movements protesting against the extension of the state – the equivalent of today's Ukip – had to drop their resistance before the health need and weight of the evidence.

The WHO is invoking that same spirit today. Antibiotics are precious and the gains to public health precarious. Our culture does not respect these life-giving drugs enough; we use them like aspirin, not completing the courses we are prescribed or even giving unused drugs to friends or family for whom they were not diagnosed.

Nature is wreaking its revenge. Now we need a new collective effort to respond. It begins with each individual recognising and treasuring the miracle of antibiotics, but it also means that new antibiotics have to be developed faster and more effectively. We need smarter, more open forms of research collaboration between a multiplicity of drug companies around health strategies that understand that drugs are global public health goods, and that the medical ecosystem stands and falls as a whole. Antibiotics are as important as drug blockbusters to our health, if not to drug companies' profits. Governments need to reset the incentives and drug companies their priorities. The best scientists and universities know this and want their science to be deployed in that way.

Britain could take a lead but over the next few weeks we are to be robbed of one of our major pharmaceutical assets, AstraZeneca, which will probably be taken over by Pfizer, one of whose prime strategic objectives is tax avoidance. The WHO must call for changes in not just how antibiotics are used, but how they are researched and produced if the world is not to confront devastating consequences. Dangerous bacteria even infect the ideologues in Number 10 so anxious to sell out to US interests, and the AstraZeneca shareholders who declare no loyalty except to the highest, short-term share price. Our health demands a new seriousness of intent, and a recognition that it is a public good not a private plaything. Saying no to Pfizer would be a wake-up call for everyone.

[A Doctor is doing some drug research on Shutterstock]

Trump picked Dr. Oz because he's 'perfect prey' to be made into a slavish loyalist: MSNBC's Mika

The "Morning Joe" host was off Thursday, the day after he made the quickly realized prediction, but other panelists noted that Scarborough and co-host Willie Geist correctly speculated that Trump would lie about the too-close-to-call Pennsylvania GOP Senate primary as the votes were still being counted.

US midterms and the strange demise of the political center

A giant Donald Trump mural on the front lawn. An anti-Biden rap video. A TV ad featuring an assault rifle and a vow to do "whatever it takes" to restore America to its "former glory."

It isn't campaigning as Lincoln or Kennedy knew it, but it worked for midwestern underdog candidate J.R. Majewski, and analysts worry it could be a glimpse of future US primary election seasons in a country that is losing its moderate political center.

Russia said Thursday that 1,730 Ukrainian soldiers had surrendered this week at the Azovstal steel plant in Mariupol, showing some emerging on crutches after an all-out battle that has become emblematic of the nearly three-month-old war.

The number included 80 who were wounded and taken to a hospital in Russia-controlled territory in eastern Ukraine, the defense ministry in Moscow said.