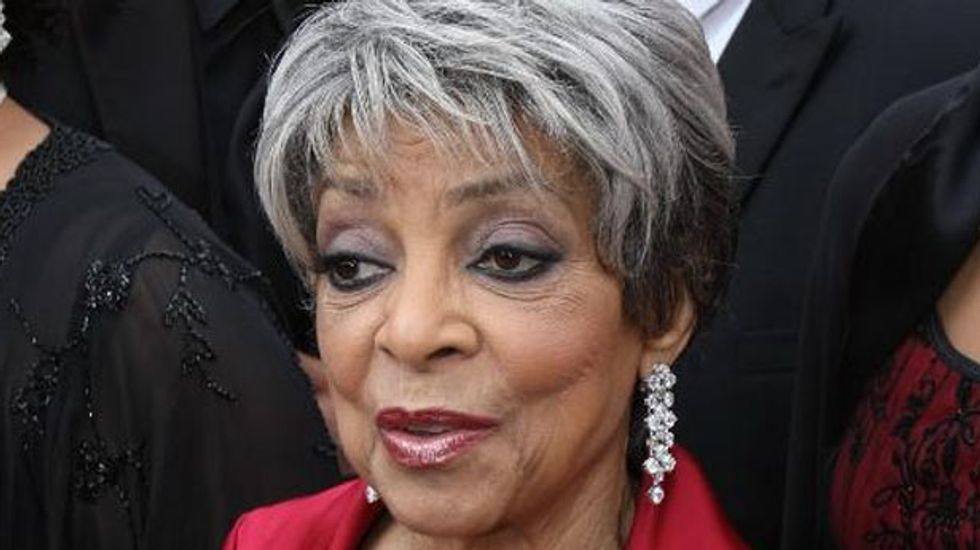 Oscar-nominated actress Ruby Dee, who was also known for her activism during the US civil rights movement, has died at the age of 91, her agent said Thursday.

The stage, television and film star -- a pioneer among America's black actresses -- died Wednesday at her home in New Rochelle, New York, with her family at her side, the agent, Michael Livingston, told AFP.

The diminutive actress -- a native of Cleveland, Ohio -- worked alongside her late husband Ossie Davis in some of her most memorable roles, in a career that began in the 1940s.

Dee was a student at the American Negro Theatre in New York's Harlem neighborhood that produced stars such as Sidney Poitier and Harry Belafonte.

She played more than 100 roles, including in 1950's "The Jackie Robinson Story" and the late 1970s television adaptation of Alex Haley's epic "Roots."

She appeared alongside her husband in the Broadway production "Jeb" in 1946, before marrying him two years later. The couple remained married until Davis's death in 2005.

One of Dee's most notable roles came alongside Poitier in the play "A Raisin In The Sun" in 1959 and the film version released two years later.

The actress received an Oscar nomination in 2008 for her small but memorable cameo in Ridley Scott's crime drama "American Gangster."

She also had roles in two classic Spike Lee films -- "Do the Right Thing," in which she played an irascible neighborhood watchdog, and "Jungle Fever," as the loving but gullible mother of two very different children.

Dee and her late husband were ardent civil rights activists. Dee was a member of the Congress of Racial Equality (CORE) as well as the National Association for the Advancement of Colored People.

The couple also served together as masters of ceremony during the historic 1963 March on Washington led by civil rights icon Martin Luther King, Jr, who was a close friend of the couple's, as was firebrand activist Malcolm X.

At the Tony Awards in New York on Sunday, black actress Audra McDonald -- who made history in winning her sixth Tony -- paid tribute to Dee, Diahann Carroll, Maya Angelou and Billie Holiday in her acceptance speech.