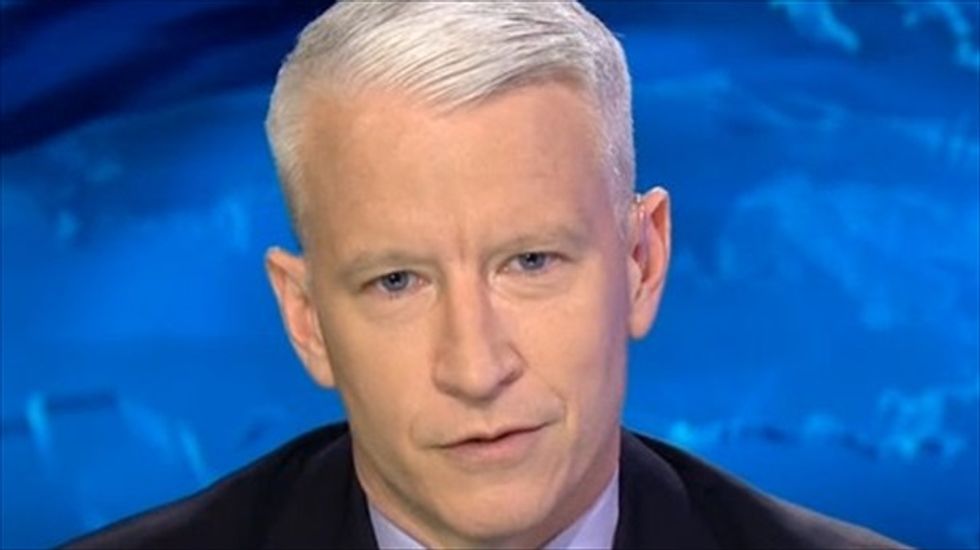 CNN host Anderson Cooper picked apart a Texas state legislator's attempt on Wednesday to claim scientists were still debating the discredited gay "reparative" therapy advocated by his party platform, listing a litany of medical groups that have condemned it.

Last week, Texas Republicans added language to their platform stating that they would "recognize the legitimacy and value of counseling which offers reparative therapy and treatment to patients who are seeking escape from the homosexual lifestyle."

Hughes told Cooper that the language was adopted in response to concerns from a delegate's neighbor that the therapy "might be taken away," saying it had worked for him. Hughes did not identify the delegate who took the story to party leaders.

"The language is in the platform because we want to make sure that people have rights," Hughes explained. "We heard from people who wanted access to that kind of counseling, that kind of therapy, and so we believe in free speech, in free choice."

Cooper also pointed out to Hughes that Exodus International head Alan Chambers has disavowed and apologized for his organization's work promoting this kind of "therapy," and played a clip of Hughes saying that their work would "haunt" him until the day he died because of the damage it did making people feel God did not love them as they were.

"Does it concern you, again, that your party is now backing a form of therapy which basically every major medical organization says doesn't work, can be harmful, and which many of the people who have been through it say it doesn't work and is bad for kids?" Cooper asked.

Hughes reiterated that his party had "heard testimony" and "read reports" regarding the therapy's benefits, but did take issue with Chambers' point regarding religion.

"No one is saying that God doesn't love people as they are," he told Cooper. "There's nothiing in the platform about that. No one is trying to take that position. Every one of us makes mistakes, makes decisions we're not proud of. God loves each one of us, and he offers us a way for us to deal with sin and bad choices. But I do strongly disagree with what he said about God not loving people."

"The fact that you view being gay -- or you characterize it -- as a 'mistake,' or something that should be changed really kind of maybe says more about your position than what your words actually say," Cooper said in response.

Watch Cooper's interview with Hughes, as aired on Wednesday on CNN, below.