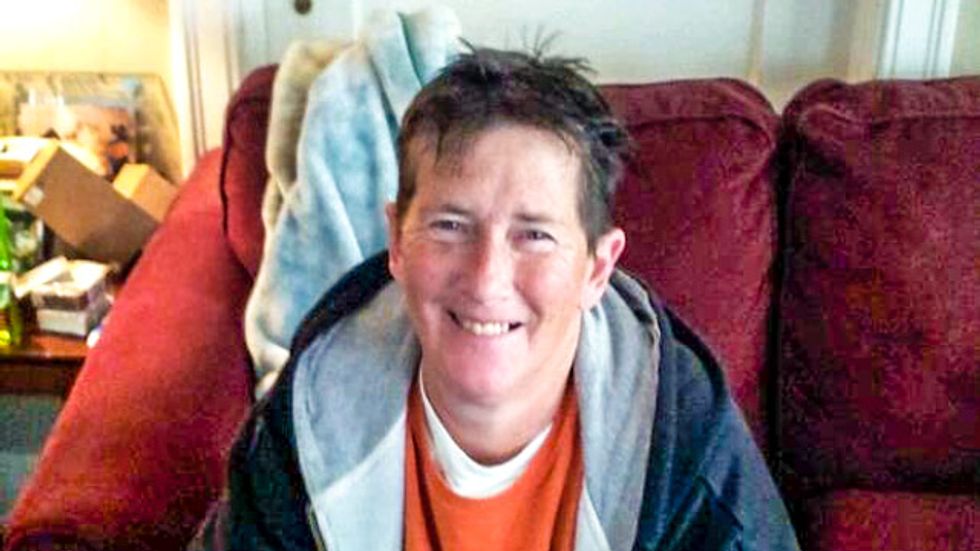 An Oklahoma woman is celebrating after the U.S. Army changed her discharge status from "other than honorable" to honorable 35 years after she was kicked out of the service for being a homosexual.

Lisa Weiszmiller, 53, told The Oklahoman that she suffers post-traumatic stress disorder (PTSD) because of treatment she received while attending military police training at Fort McClellan, Alabama in 1978 and 1979.

“Back then, the treatment was barbaric,” Weiszmiller said, recalling that soldiers who were thought to be gay were interrogated for hours and punished with extra work.

Drill sergeants "would stop their troops, and we would have to come to parade rest, and they would berate us," she said.

“These are queers! These are lesbians! Stay away from these homosexual women,” were some of the taunts she remembered. “They tried everything they could to try to break us down to what they thought we were.”

When she completed training, Weiszmiller said that military police stopped her from leaving the base.

“They searched our lockers, found some personal letters from friends and decided they were going to kick us out for being gay,” she explained.

She was arrested, fined a month's pay, and was told that she would be face a court martial if she did not sign her discharge papers.

“From what I understand, they ended up kicking 62 people out from that company when it was all said and done,” Weiszmiller said. “It was a big witch hunt, which is kind of what the Army did back then.”

To make matters worse, Weiszmiller said that the treatment she received led to psychological problems, and Methamphetamine abuse. Ironically, it was the threat of prison that reconnected her with her military history.

That allowed Oklahoma County prosecutors to take advantage of a veterans diversion program, which required her use any available veterans services. And now that the Army has changed the status of her discharge, she plans to ask U.S. Veterans Affairs Department to help cover post-traumatic stress disorder service disability.

“I’m not asking for unreasonable things,” she pointed out. “I’m just asking for the ability to get medical treatment [and disability benefits].”

According to The Oklahoman, 8,446 service members were discharged for being gay between 1983 and 2010. Estimates indicated that over 100,000 have been discharged for their sexuality since the beginning of World War II.

Democratic Senators Brian Schatz (D-HI) and Kirsten Gillibrand (D-NY) have introduced the "Restore Honor to Service Members Act" to upgrade the status of LGBT service members who were not given honorable discharges.

Watch the video below from The Oklahoman, broadcast June 16, 2014.