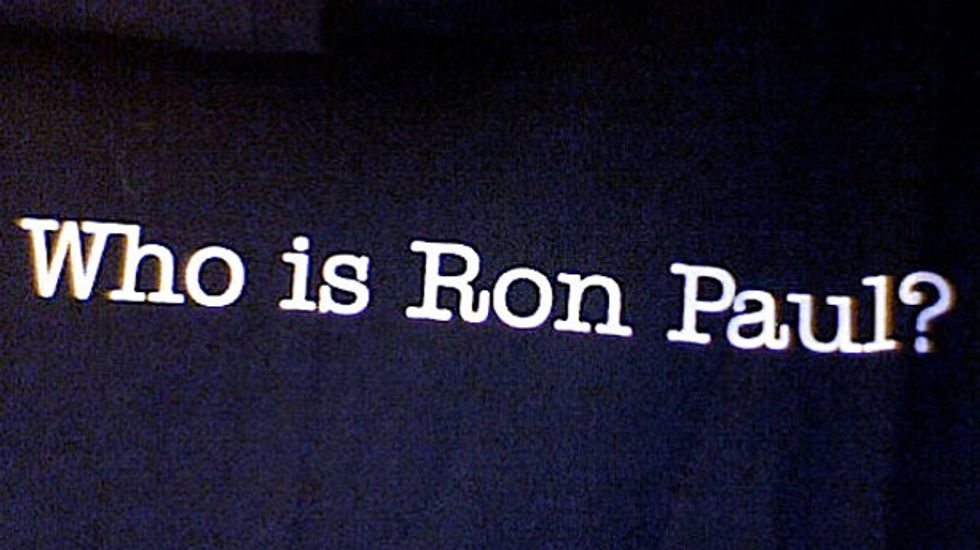 I had almost forgotten that there are people who  are still working at churning out a low-budget trilogy based upon Ayn Rand's  Atlas Shrugged; the ponderous doorstop penned to fire up the imaginations of generations of fourteen year-old future sociopaths and potential men's rights activists.

I will stop here and bow in the general direction (due north, I do believe) of the Great John Rogers who once wrote:

There are two novels that can change a bookish fourteen-year old's life: The Lord of the Rings and Atlas Shrugged. One is a childish fantasy that often engenders a lifelong obsession with its unbelievable heroes, leading to an emotionally stunted, socially crippled adulthood, unable to deal with the real world. The other, of course, involves orcs.

I only remember that the first two cinematic installments (see here and here)  exist when Netflix tells me 'You might like Atlas Shrugged,' an indication that I must have really shitty taste in movies or someone done broke the algorithm again. Or maybe it's just that Netflix doesn't even know me anymore which is why we have grown apart.

All of this is to point out that the third, and mercifully last, installment of the series, Atlas Shrugged: Who Is John Galt?, is set to launch in September and the producers are going all out because this is the exciting episode containing Randian superman John Galt's  riveting radio speech --running 70 pages in the book -- telling the takers to "suck it hard."

Unfortunately at the time Ayn Rand wrote the book,  the phrase "suck it hard" hadn't entered the popular vernacular which would have saved her the two years she spent writing that particular chapter, to say nothing of the two years people probably felt was passing them by as they waded through the turgid high-flown bushwa.

I'm not sure what kind of deft swoopy camera work the director, James Manera, has in mind to keep the eye as entertained as the ear for the approximately five hours the speech will take.  Screeners of that one episode of Nash Bridges he directed aren't readily available.

But never mind all that, because the producers have big casting news: Dr. Ron Paul, who is the L. Ron Hubbard of the Fuck You, I Got Mine set, is slated to make a cameo appearance in the film and you can almost hear the squeeeing of rapturous Paultards at the prospect of his benevolent visage gazing down upon them from the silver non-fiat-currency  screen.

“Atlas Shrugged is a fantastic book, but it’s much more than a story—it’s a philosophy,” Paul said to the Hollywood Reporter. “It’s influenced millions of people already and because of its greatness it’s going to continue to influence a lot of people.”

Joining Paul in the film will be the slightly insane Glenn Beck and ham-headed Fox bellower Sean Hannity, because you just can't have too many clowns in a circus.

The Hollywood Reporter article reporting Paul’s role in the film says that he and Beck will be giving their “honest responses” to John Galt’s speech in the film...

....which will probably be something along the lines of Beck nudging Paul awake, and a confused Ron Paul frantically looking around  andwondering what time it is and if they're too late for the early bird specials at Applebees.

According to the box office numbers, the first Atlas installment made $4.6 million while the second dropped to a surprisingly low $3 million, despite the fact that it contained the rape of Dagny Taggart or, as fans of the book like to call it: My First Date. Box office receipt totals may be a bit trickier this go-around as a bitcoin spent at the box office may decrease in value by over 70% before the popcorn grows cold.

So get excited libertarians and lovers of truly awful fiction that doesn't feature sparkly vampires or Tom Hanks solving medieval puzzles. Ron Paul, action movie star, is on his way

And remember: by paying for your date's ticket, you're only sanctioning your own victimhood.

Which is also why you never score a second date....