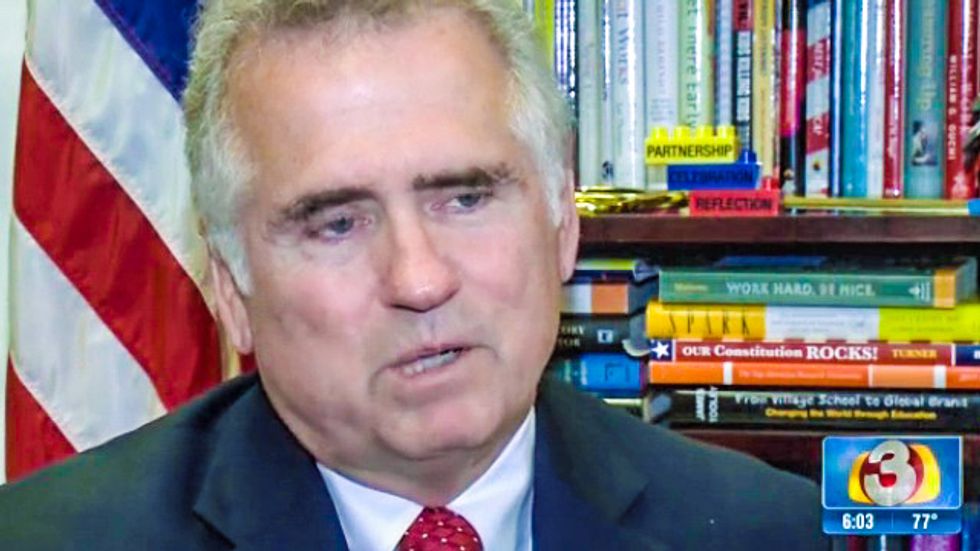 Arizona state schools Superintendent John Huppenthal admitted this week that he was the person who had been posting controversial anonymous messages on Internet websites, including one that likened poor people to "lazy pigs."

For several months, writers at the Democratic Blog for Arizona have suspected that Huppenthal was the commenter that had been posting inflammatory comments at their site and others.

"We now know that (Franklin D. Roosevelt) was almost completely responsible for the great depression," a user named Falcon9 wrote last year in the Blog for Arizona comments area. "Only in liberal mythology did FDR 'save' the nation. … Worse yet, Roosevelt's disastrous economic policies drug down the whole world and directly led to the rise of a no-name hack named Adolph Hitler who was going nowhere until Germany’s economy went into the tank."

At another Arizona website, Seeing Red AZ, a user named Thucydides opined that it had been "Darwin, not Hitler, who named the Germans the master race."

After blogger Bog Lord speculated this week that the online comments had been posted by Huppenthal, Arizona's superintendent of schools fessed up.

"I love talking about public policy, and I have a passion for engaging in debate," Huppenthal told The Arizona Republic. "I probably have 300,000 words out on the Internet, and 100 of them are getting me in trouble. When all of your missteps are there all together for people to see, it's not a pretty picture."

In an email to the paper, Huppenthal said that there was value in commenting anonymously "as our founding fathers believed when they developed the Federalist Papers."

He argued that his "blog entries may have been taken completely out of context, or perhaps misunderstood."

"In participating in these blogs, unfortunately, I have occasionally dipped into the morass of incivility, that I myself find intolerable," he continued. "I sincerely do regret that."

An op-ed published by The Arizona Republic on Thursday blasted Huppenthal for using anonymity to avoid accountability for his comments.

"The anonymous Internet is revealing," the op-ed noted. "It shows us what a person really believes, what he holds deep in his heart. What he dares not say publicly."

"But once you take the oath of office, a higher standard of accountability applies," the editorial board concluded. "Citizens should know who they are voting for. Someone who truly has a passion for public policy would understand this."