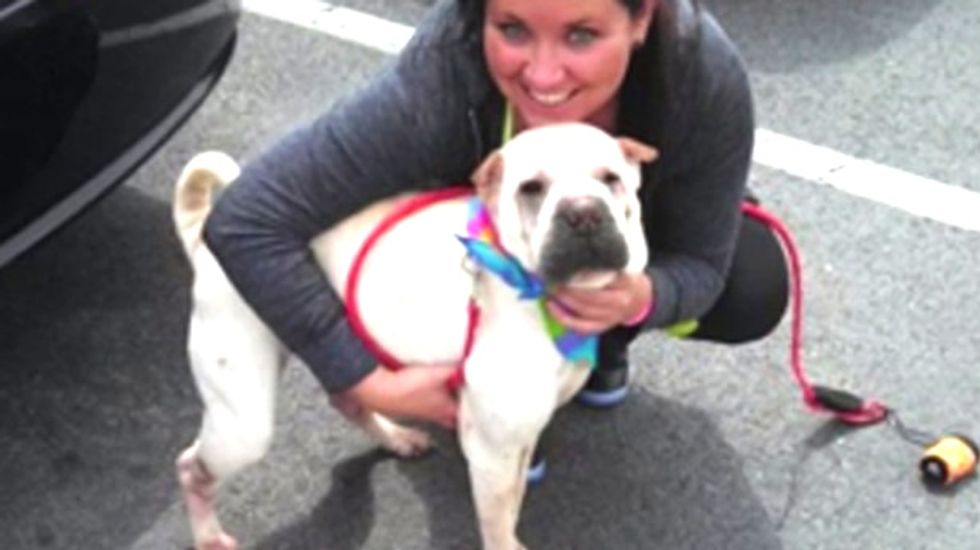 A Baltimore, Maryland police officer was arrested and charged with aggravated animal cruelty after he slit the throat of a dog that had been called in as a possible stray.

Police said that Sandy Fleischer called in a report of a stray dog in southeast Baltimore that had attempted to bite her.

Fleischer told 11 News that "the dog was more scared of not knowing where it was and being thirsty and disoriented. The dog bit me out of fear because I tried to touch it, which was my fault."

She was initially relieved when police arrived, but she noticed that the police were aggressively using dog poles to contain the dog.

"You could hear the dog screaming and crying in pain," she said. "I did see one officer that had been extremely aggressive that did have his knee into her chest that was tightening the noose. It seemed [like they were doing it] relentlessly and unnecessarily."

After the dog, named "Nala," was secured with a dog pole, Officer Jeffrey Bolger approached the dog and slit its throat. According to the charging documents, before cutting Nala's throat, Bolger yelled, "I am going to fucking gut this thing!"

"One of our officers used a knife and cut the dog's throat. This is outrageous and an unacceptable breach of our protocol," Baltimore Police Deputy Commissioner Dean Palmere said.

His colleague, Deputy Commissioner Jerry Rodriguez, agreed, saying "we have no words to describe this. To say that we are appalled at the allegations, I think, is an understatement."

Nala's owner, Sarah Gossard, said that her dog "had a collar around its neck with tags, with my phone number. She was just the sweetest dog and would never hurt anyone. She was just scared that day, and through all of those events -- being scared and lost, thirsty, hungry -- yes I'm very sure that she bit someone, but the actions after that were not OK."

Deputy Commissioner Palmere said that Bolger had been with the department since 1992, and after being arrested, was released on his own recognizance.

Watch a report on Bolger's arrest via WJZ below.