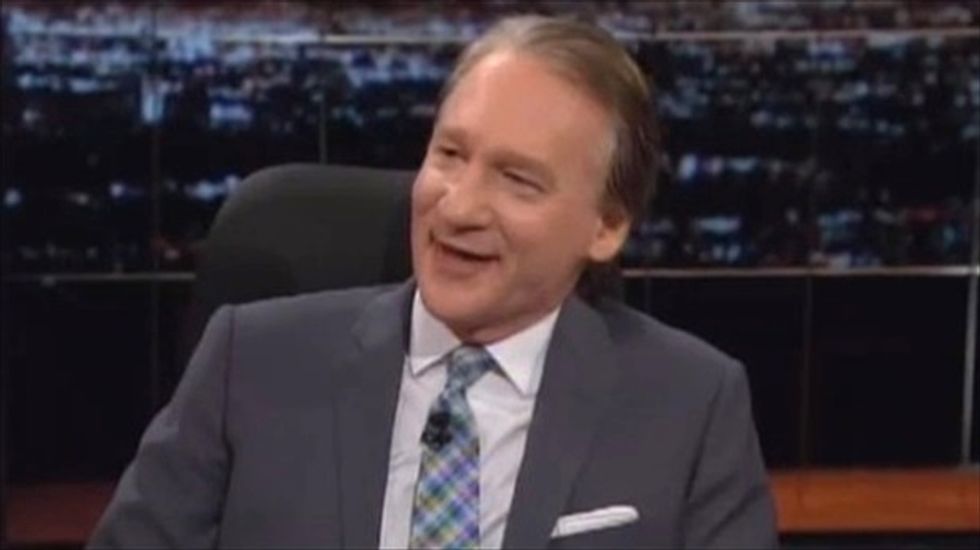 Real Time host Bill Maher and his panel weighed in on the contentious GOP Senate runoff in Mississippi, with Maher giving credit to African-American Democratic voters for swinging the race towards incumbent Sen. Thad Cochran (R-MS).

"The reason they did was not because Thad Cochran is a great champion of Black people," Maher said. "It's because they're 36 percent of the vote, and they will never elect a Democrat, so they might as well vote for the least sh*tty choice on the Republican side."

Cochran's challenger, Tea Party-backed Chris McDaniel, has refused to concede the election, and his supporters have since claimed to have found more than a thousand "irregularities" in the voting, fueling a resurgence of the argument that Tea Party Republicans should consider forming their own group.

"Sarah Palin talked about starting a third party," Maher observed, before scoffing, "Which she would never do, because it would involve work."

Author Max Brooks and conservative radio host Andy Dean sparred when Brooks compared the current conservative schism to the one that ultimately led to the rise of the Nazi party in Germany.

"In Germany in the '20s and '30s, there was this right-wing reactionary element that was so terrified of anarchy and communism that they said, 'You know what? There's a group of street thugs that are real ideologues, and they're willing to take it and they’re willing to bloody themselves, and, you know, once they get into power, we can control them,'" Brooks argued. "And that was why they backed them."

"Bit of a stretch," Dean responded. "Nazis versus the Tea Party, who just want smaller government."

"What is true is that ideologues are only loyal to ideology," Brooks countered.

"The Tea Party's ideology isn't to take over Europe," Dean said. "It's for smaller government and less taxes."

"But they are still ideologues," Brooks insisted. "They don't want to compromise."

Brooks went on to chide the Tea Party for not participating "in the democratic process," which Dean said meant having a strong belief system, until MSNBC host Joy Reid cut in.

"I don't believe people when they say they want smaller government," Reid said. "Because they still want their Medicare. They still want all their benefits. They don't want the patent office to stop endorsing the Washington football team's name, and that would be small government."