Bill Maher: Eric Cantor was taken down by voters 'afraid of Obama and his Negro army' 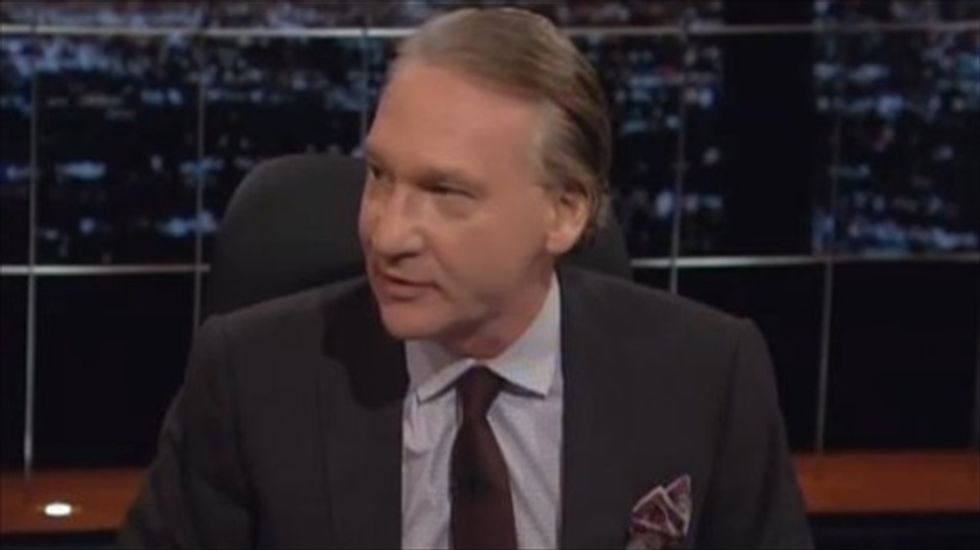 Real Time host Bill Maher and his panel discussed the irony of House Majority Leader Eric Cantor (R-VA) getting upended in his own local party primary for not being "conservative enough" for the Tea Party activists he used to back.

"I just want to make the point [that] that would never happen on the left," Maher said. "I wish it could. I wish somebody would come along and say to [Sen.] Elizabeth Warren (D-MA), who I happen to love, 'You know what? You're not left enough.' That would never happen."

"Let's start with having someone come along and tell Hillary [Clinton] she's not left enough," MSNBC host Krystal Ball said.

"A better example," Maher said in agreement. "And that might be Elizabeth Warren."

"In the movie, Dr. Frankenstein creates the monster, and it kills him," Clarke said. "Eric Cantor helped create the Tea Party. And it killed him."

But the loss, Maher pointed out, also means that all 278 remaining House Republicans are Christians, and all but one are white. He also cited a Pew survey showing that both conservatives and progressives favor living away from one another. The results, he said, made him think of the people who traveled to Nevada to support anti-government rancher Cliven Bundy.

"They're so afraid that [President Barack] Obama and his Negro army was gonna put them in FEMA camps," Maher told the panel. "They're actually rounding themselves up. And you know what? Go ahead. I'll give you the chicken wire. It's to keep us out."