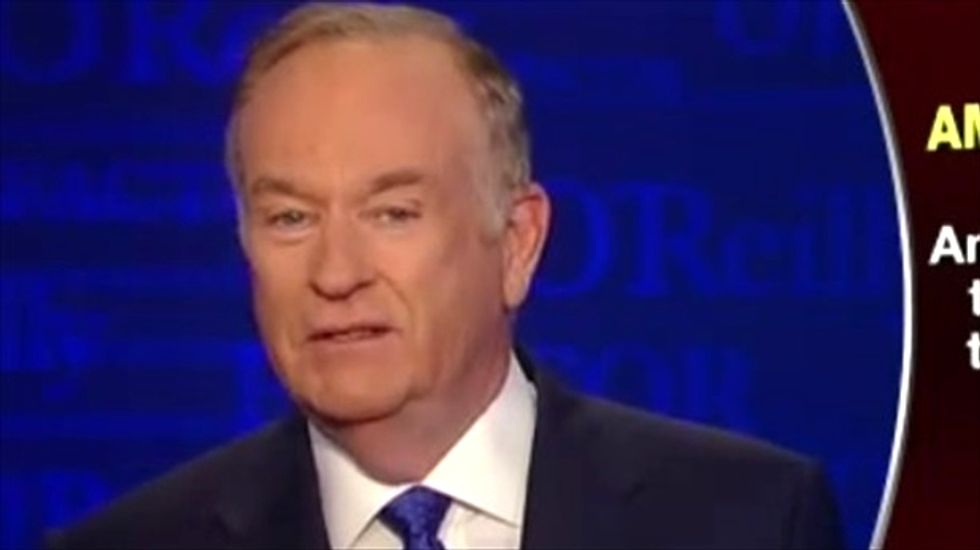 Fox News host Bill O'Reilly warned his viewers on Monday not to get complacent in celebrating the Supreme Court's decision exempting businesses from providing access to reproductive care.

"If one more liberal Supreme Court justice is appointed -- one more -- freedom in America will be compromised forever," O'Reilly said. "You know what? Most Americans do not understand that at all."

Noting that the high court ruled 5-4 in favor of Hobby Lobby and other "small corporations," O'Reilly was aghast that Justices Ruth Bader Ginsburg, Sandra Sotomayor, Stephen Breyer and Elena Kagan voted in favor of preserving the Affordable Care Act mandate at the center of the dispute, accusing them of infringing on Americans' freedom of religion.

"The four liberal justices apparently believe that American taxpayers should fund abortions," O'Reilly said, later adding, "If you sincerely believe that abortion is morally wrong, you have a right to opt-out, but these four justices would deny you that right, absolutely contradicting the Constitution."

O'Reilly also accused the four justices of not understanding that President Barack Obama's administration "has screwed up just about everything."

"Tonight we'll cover the continuing border chaos, which the Obama administration did nothing about for years," he promised.

In reality, the "chaos" O'Reilly was referencing -- the surge in immigrant minors from Central America -- is a relatively recent development. But prior to that, Obama's administration has been on pace to exceed more than 2 million deportation during his eight years in office, and undocumented immigration hit a rate of net zero last year.