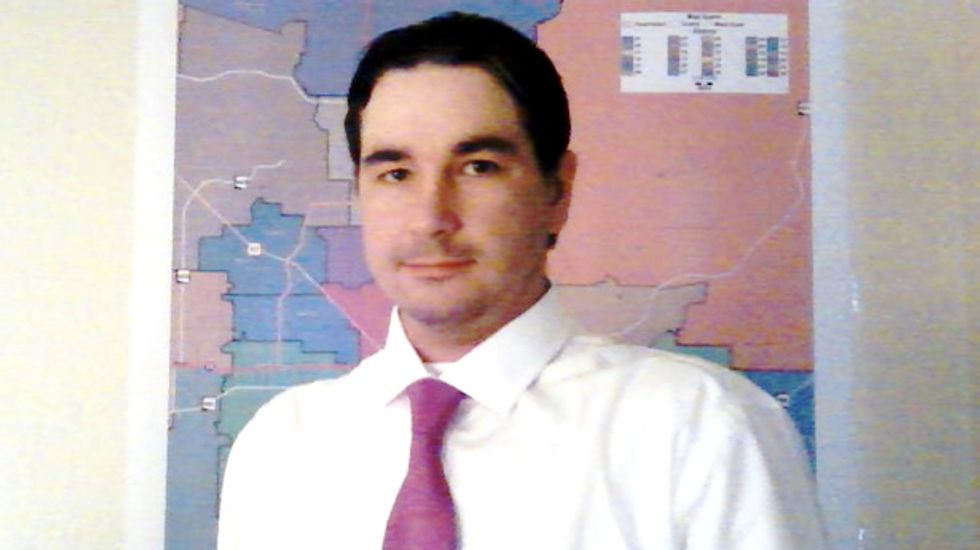 A relative of celebrated Mexican-American labor leader Cesar Chavez filed a legal challenge on Tuesday to have a man using his grandfather's name booted off the ballot in Arizona.

The challenge, filed on behalf of Alejandro Chavez, alleges that the man who changed his name to Cesar Chavez from Scott Fistler should be removed from the primary election ballot for misleading voters in his bid to win a seat in the largely Hispanic seventh congressional district.

"We believe he is trying to corrupt the process," said attorney Jim Barton, who filed the legal action in Maricopa County Superior Court on Tuesday.

Chavez, co-founder of the United Farm Workers union, is a revered civil rights figure for his work on behalf of farm workers and Hispanic Americans. He died in 1993.

The lawsuit also claims that the candidate did not obtain enough valid signatures to be on the ballot.

Fistler legally became Cesar Chavez last year, court records show. He could not be reached for comment late on Tuesday.

Fistler's latest candidacy has drawn sharp criticism, with predictions that voters would not be fooled by his attempt to capitalize on the legacy of the former civil rights activist.

In addition to the name change, Fistler switched political parties to be able to vie in the Democratic primary to replace retiring long-time Representative Ed Pastor.

The man now known as Chavez has run for office before as Fistler, once as a write-in candidate for the same seat and as a hopeful for the Phoenix City Council. He garnered few votes.