Chris Matthews rips Texas Republican platform: 'How wide is this infection of hatred?' 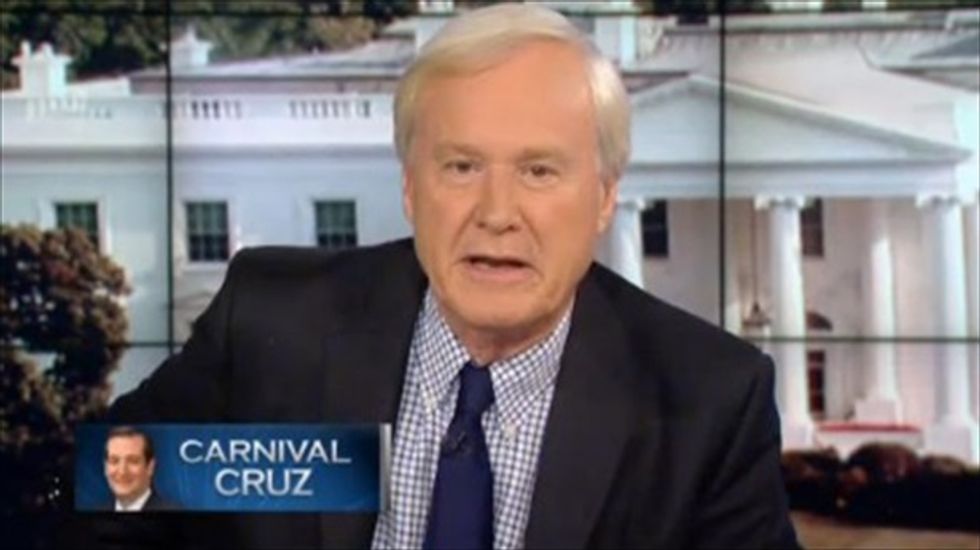 MSNBC host Chris Matthews blasted Texas Republicans on Monday, saying their adopting an openly anti-LGBT platform at the state party convention last weekend showcased a side of the GOP that the party, on a national level, would prefer to keep hidden from the public.

"How wide is this infection of hatred?" Matthews asked guests Howard Fineman and Eugene Robinson. "They're going after gays now at this point in our history, when most Americans -- including [Sen.] Bobby Casey (D) of Pennsylvania, very traditional people -- are moving toward acceptance and, if not celebration, certainly true acceptance. I'm wondering, what's wrong with Texas?"

Robinson described the issue as being particular to the state party, pointing out that Texas has three of the biggest cities in the U.S.

"Cities tend to be more tolerant places, tolerant of all different kinds of people who live there," Robinson said. "Houston, in particular, which is the fourth-biggest city in the country, has a very large and active gay LGBT community."

Houston and San Antonio -- the seventh-biggest city in the U.S. -- have both expanded their local anti-discrimination laws to include the LGBT communities, much to the chagrin of some local religious leaders.

During the convention, which opened with a speaker portraying Davy Crockett calling for a war against "tyrannical dictator" President Barack Obama, the Texas GOP adopted a platform saying that homosexuality "tears at the fabric of society" and endorsed "reparative therapy," a widely-discredited practice that purports to turn gay people into heterosexuals.

"Is this what the Republican Party plans to run on in 2016?" Matthews asked. "Hate?"

But Fineman said that the group of 7,000 or 8,000 party members also included younger libertarians who opposed the use of such radical rhetoric in the platform.

"They were steamrolled in Texas," Fineman told Matthews. "They won't be quite as easily steamrollered elsewhere. But look at a person like George P. Bush, who's the grandson of [former President George] H.W. Bush. He is in favor, in the Bush family way, of expanding outreach to Hispanics, of looking for sophisticated ways of expanding the Republican party. He got steamrollered, too."

The party's efforts, Matthews, said, reminded him of the response to Pat Buchanan's remarks during the 1992 Republican convention in Houston, during which Buchanan accused "liberals and radical" Democrats of "cross-dressing" as moderates. Matthews described Buchanan's nationally-televised speech as the "death knell" for the Bush/Dan Quayle ticket that year.

"Here we have the Republican party, in 2014, going right back at it," Matthews said.

However, Matthews did not mention that Buchanan was an MSNBC contributor for a decade before being fired in 2012.

Watch the discussion, as aired on Monday on MSNBC, below.