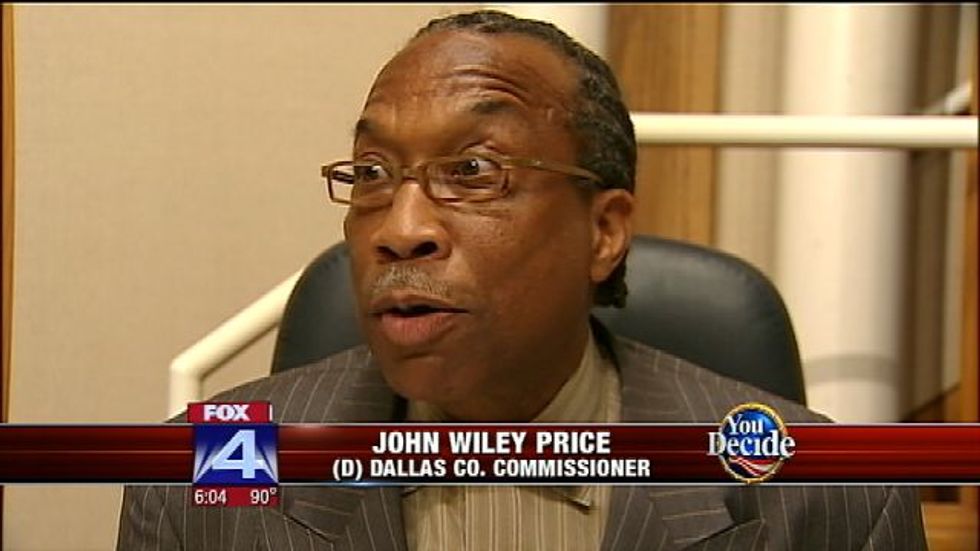 The Dallas County Commissioners Court on Tuesday backed monetary reparations for African-Americans whose ancestors were slaves in the United States -- even though the commissioners probably didn't mean to.

The Dallas Morning News reported that commissioners thought they were honoring an annual holiday when they voted unanimously for the "Juneteenth Resolution" sponsored by Dallas County's only black commissioner, John Wiley Price.

Price even read the text of the resolution, which covered broad topics like slavery and Jim Crow. Many of the commissioners seemed uninterested, playing with their computers or reading documents while he read so they did not seem to notice the final sentence.

"The United States of America is derelict in its promise of life, liberty and the pursuit of happiness to the African American people," Price said. "Be it further resolved that the dereliction that has caused 400 years of significant... suffering to the descendants of those who have been enslaved Africans who built this country, should be satisfied with monetary and substantial reparations to same."

A commissioner quickly seconded the motion, and it passed unanimously.

Commissioners later said that they had not known what they were voting for. Commissioner Mike Cantrell even had his vote changed to "abstain." The other commissioners, did not change their votes, insisting that the resolution was ceremonial.

"I do not support reparations, and I do not support one of the statements he made, which was that the United States was derelict in his promise to African Americans," Cantrell told the Dallas Observer. "I think Commissioner Price went too far, and I can't support that."

"I had no opportunity to review it, to see what was in the resolution," he added. "As Commissioner Price was reading this I was trying to find a copy because it sounded like he was going way over what he typically does."

Resolutions supporting Juneteenth are not unusual throughout the southern United States. The holiday celebrates the end of slavery in the U.S. by commemorating June 19, 1865, when abolition was first announced in Texas.

Watch the video below from Dallas County, broadcast June 18, 2014.