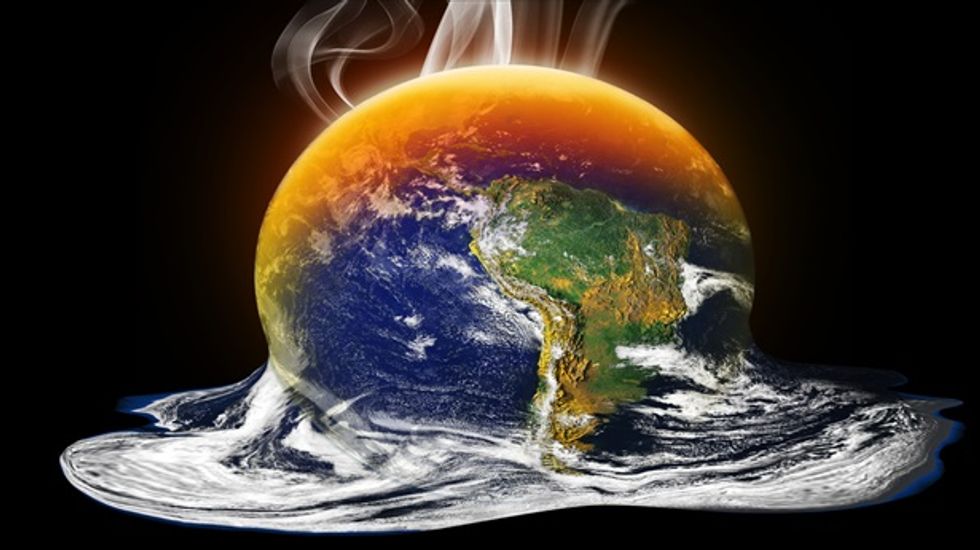 An editor for business-friendly CNBC -- which has featured climate-change denialists in the past -- was caught trying to solicit another skeptic for an op-ed on its website.

"Given this new report on the cost of climate change, wanted to extend an invitation to Alan Carlin to write an op-ed for CNBC.com," commentary editor Cindy Perman wrote. "Can be on the new report or just his general thoughts on global warming being a hoax."

As the Los Angeles Times reported, the study found that communities along the Gulf Coast and Eastern seaboard could see the costs of storm-related damages increase by at least $3.5 billion per year. Temperatures across the U.S. could increase to the point that the country would experience two or three times the amount of days with highs over 95 degrees.

But Perman mistakenly contacted another site, DeSmogBlog, which focuses on media coverage of climate change. DeSmogBlog forwarded the email to The Raw Story on Thursday.

The site's only connection to Carlin, a retired economist, is a profile listing various instances in which he expressed doubt regarding the vast scientific consensus saying the Earth is getting warmer.

"The Obama Administration has made many efforts to support its climate religion," Carlin said in September 2010. "Since this viewpoint has no basis in the scientific method, it is not science and would seem best characterized as religion."

Neither CNBC nor Perman responded to requests for comment on the email at the time of publication.

DeSmogBlog executive director and managing editor Brendan DeMelle said it was irresponsible for the network to try to feature Carlin's opinion on the study, given his past.

"The fact that this CNBC booker's first thought (or perhaps instruction from her editor) was to find a contrarian willing to buck overwhelming scientific consensus and tout a conspiracy theory speaks clearly to the network's agenda to serve its audience its favored spin rather than the plain facts," DeMelle told Raw Story via email.

Media Matters reported in June 2013 that more than half of the network's coverage of climate change has been devoted to guests expressing skepticism that it has been influenced by human activity. And Squawk Box co-host Joe Kernen has called environmentalists "a bonafide cult" on the air in the past.