CNN’s Toobin: Americans should be ‘grateful’ that Cheney is back on TV talking about Iraq 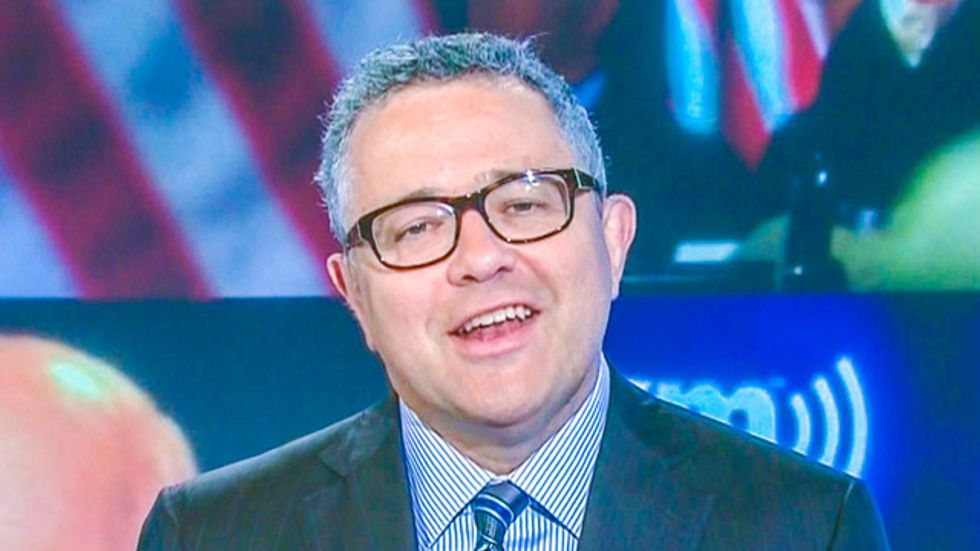 CNN guest host Jeffrey Toobin and two of the network's military analysts concluded on Sunday that America should be "grateful" that former Vice President Dick Cheney was doing interviews, and calling for military action in Iraq even though he had been so wrong about invading the country in the first place.

After an al Qaeda splinter group used the power vacuum created by the Iraq war to begin taking over large parts of the country, Cheney started to show up on various news programs this month to say that President Barack Obama was "determined to leave office ensuring he has taken America down a notch."

"Is Cheney a reliable source on Iraq? Should you listen to what he says?" Toobin asked CNN analysts Rick Francona and Philip Mudd on Sunday.

"The former vice president is seen as someone who's seen as always claiming the sky is falling," Mudd admitted. "That said, as I said, when I talked to him in government, and he was very tough for me to deal with in the vice president's office, he visited at CIA headquarters when I was there, we had exchange, very thoughtful guy, very smart. So, I'm not saying I'm Republican, I'm not saying a Democrat, I'm just saying let's be careful about ignoring the message because we don't like the messenger."

Francona argued that people were free to question Cheney's credibility, but "if you look at what he's saying today going back to, say, 2008 to 2011 and then 2011 to where we are now, I think he makes some valid points and I think they need to be listened to."

"What about the argument that, look, you know, these people are -- were involved in making the policy?" Toobin remarked. "They are taking responsibility. Cheney is stepping up saying, yes, I was involved. And we can learn for better or worse from their experience and the only way we can challenge them is if they speak out."

"Shouldn't we be grateful that Cheney is making himself the target that he is?" the CNN host wondered.

"I saw a lot of heat, a lot of heat," Mudd explained. "There are two kinds of people in circumstances like that, those who reflect it down to the workplace and those who absorb it."

Watch the video below from CNN's Reliable Sources, broadcast June 29, 2014.

Four-time NBA champion LeBron James hit back at Swedish soccer star Zlatan Ibrahimovic on Friday, saying there is no reason why he cannot have just as big an impact off the basketball court as he does on it.

James has been a force for social change in America, focusing much of his attention on police brutality and racial injustice against African Americans.