Colorado Springs councilwoman: 'Get rid of homeless' with a 'bus ticket' instead of homes 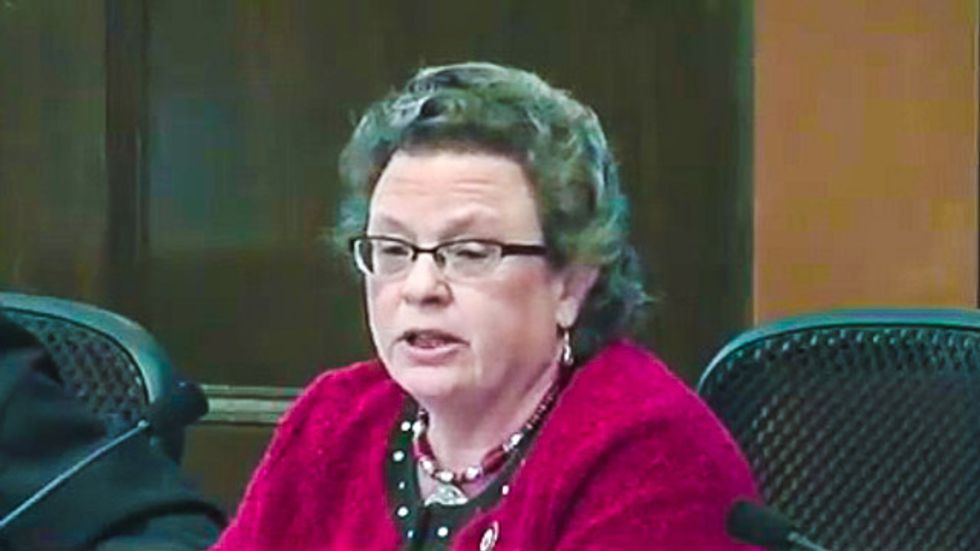 Colorado Springs Councilwoman Helen Collins this week proposed that the best program to "get rid" of homeless people was to "give them a bus ticket" out of town.

At a Tuesday council meeting, council members discussed an Action Plan for the use of federal block grant funds to deal with homelessness in the city. The plan would set aside about $4 million for affordable housing, and another $200,000 to assist the homeless with shelters and rapid rehousing programs.

Collins, however, felt that far too much taxpayer money was being spent on solving the homeless problem, according to the Colorado Springs Gazette.

"A lot of the homeless, the best way to get rid of the homeless is to give them a bus ticket back to their families," she asserted. "This isn't even taken into consideration. It's like the taxpayer has to fund the homeless for housing."

Councilwoman Jill Gaebler explained that the "Housing First" plan started by providing homes, but the next step was to "figure out what's going on in their lives, addressing their mental illness, and assessing what they can do to begin their healthy lives."

Collins responded by complaining that she "should get some affordable housing" because she was a veteran.

Several members of the audience also reacted to Collins before the council voted on the Action Plan.

At a council meeting in February, Collins had complained that the mayor was spending too much money policing suburban neighborhoods, while her district was a "war zone."

"Fighting crime is the number one job of the city, not raising revenue in back-room deals, not catering to political insiders, not increasing handouts to the homeless, not banning smoking in parks, but fighting violent crime," Collins opined.