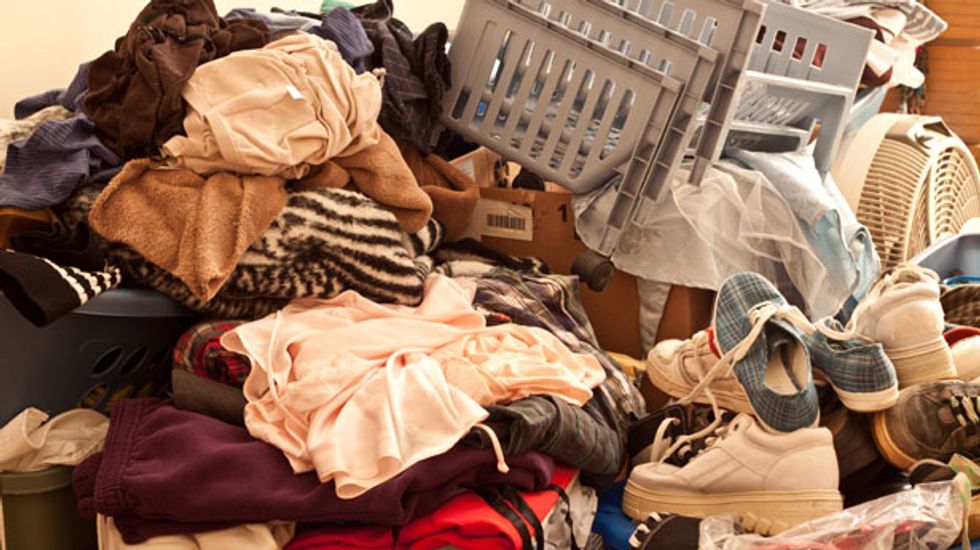 BOSTON (Reuters) - A 66-year-old Connecticut woman was found dead in the basement of her home after the first floor collapsed under the weight of a waist-deep pile of newspapers, bottles and other household detritus, local police said on Sunday.

Police in the suburb of Cheshire, Connecticut, responded to the home of Beverly Mitchell on Thursday after a local mail carrier alerted them that her deliveries were piling up outside the single-story house.

They were unable to locate her but concluded that the house was structurally unsound, returning to continue their search on Friday before locating the woman's body on Saturday, said Patrol Sergeant Kevin O'Donnell of the Cheshire police.

"It appears, at least, that the floor gave way," O'Donnell said. "All the items that she had collected for many years covered her as the floor sank down into the basement."

O'Donnell said that local authorities had long been aware of the woman's living situation and had sent social services teams to try to help her but were rebuffed.

The death appears to have been accidental, with no signs of criminal activity, he said. Police believe she had been dead for about a week before they were alerted.

An internet image of the property, showed a small house hidden behind trees in a suburb some 25 miles (40 km) southwest of Hartford.

There was no particular pattern to the items the woman had retained, said O'Donnell, who was among the officers to respond to the scene.

"It's just junk," he said. "She just never threw anything away. Mail, packages, bottles lots of papers, newspapers, magazines, you name it. Piled to the ceiling in most rooms. There was a waist-high layer in the room she had been living in."

[Pile of misc items on Shutterstock]