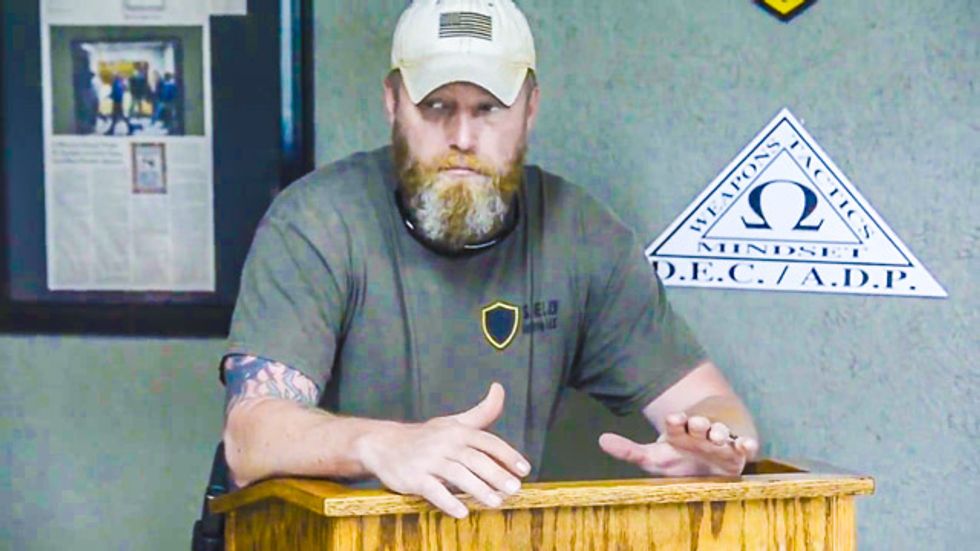 Dozens of armed teachers will be sent into Missouri schools next fall, and firearm instructors have promised that they will have an accuracy rate of 90 percent.

The Kansas City Star reported that 10 districts have already paid $17,500 each to have Shield Solutions train two staffers. Those staffers become employees of the firearms training school, and will receive pay in addition to their regular teacher's salary.

Three more districts have signed up for taking the training, and other districts were expected to follow before the school year begins.

Shield Solutions founder Greg Martin, a former Missouri Highway Patrol trooper, told the paper that teachers needed to be armed because school shooters would take out "soft targets" like security guards first, and law enforcement could not respond to threats quickly enough.

Martin said that the identity of teachers would be concealed "like air marshals on planes."

“How many hijackings have we had since 9/11?” he pointed out.

Martin's company is even providing co-insurance to the schools after insurance companies refused to insure campuses with armed teachers.

Missouri School Boards’ Association special adviser for education safety Paul Fennewald explained that schools "just need to make sure they get appropriate training and be aware of their liability."

Shield Solutions training supervisor Don Crowley vowed that his students would have an accuracy of 90 to 95 percent at the end of five days of training. Teachers who aren't at least 90 percent accurate don't graduate.

And in an effort to make sure that the wrong students do not get shot, teachers will be using a special type of bullet that is intended to lodge inside the soft tissue of the first body it hits.

“So absolutely no plus-P rounds,” Crowley insisted, referring to high-powered ammunition that could pass through more than one person.

However, not everyone thinks that arming teachers is the solution to school shootings.

“We would be asking school officials, trained as educators, to make a quick transition from teacher to SWAT member, arrive on the scene, assess the situation, overcome the severe nervousness that naturally accompanies a deadly force incident and take immediate action before blood is shed,” Eudora High School Principal G.A. Buie worried. “It’s a bit more than you can cover in a typical teacher in-service.”

For their part, teachers told The Kansas City Star that they were prepared to shoot one of their own students if necessary.

“None of us would be here if we haven’t already answered that question,” one of the trainees said.

Watch the video below from The Kansas City Star, broadcast June 23, 2104.