E.W. Jackson rips LGBT people at Rand Paul event: 'Something wrong on the inside' 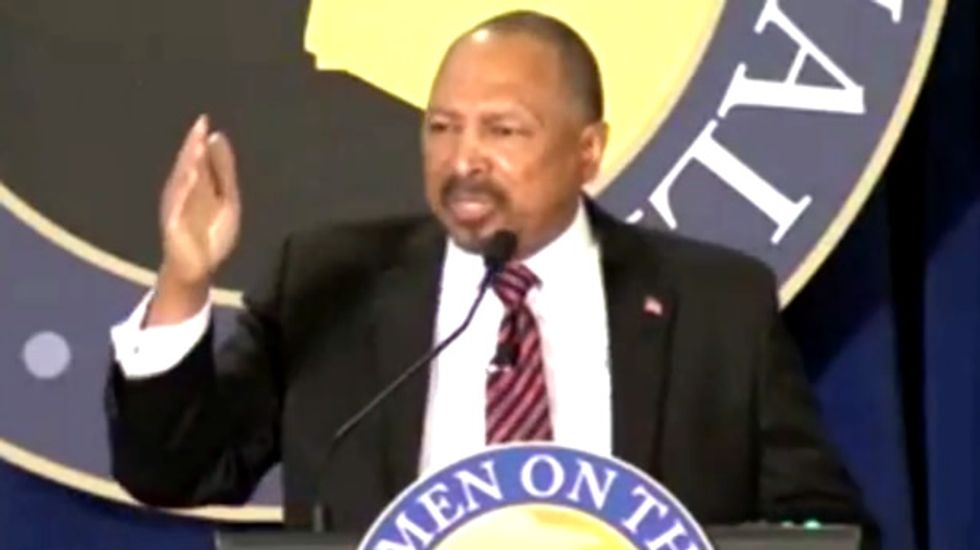 E.W. Jackson, a fringe Christian minister who the Republican Party nominated for lieutenant governor of Virginia in 2013, declared during an event for Sen. Rand Paul (R-KY) on Tuesday that liberals and LGBT people were full of "hatred."

On a conference call that Jackson regularly holds with elected members of the Republican Party, a caller asked Paul if he believed that homosexuality was an illness "from a religious and medical perspective."

Paul avoided answering the question, saying that there was not a "role for federal government in sort of deciding what people's behavior's at home should be one way or another."

After Paul left the conversation, Jackson suggested that the caller had been part of a liberal plot.

"I just want to let you all know that there were some piece written about Sen. Paul being on this call, and people were encouraged to call in and harass him," the pastor said. "I think that LGBT caller was one of those people, but thank God he was respectful. No problem."

"They are going to talk about us like dogs," he continued. "Because all they know is hatred, all they know is anger, and bitterness. Because there is something wrong with them on the inside. We don't hate anybody."

Jackson explained that liberals "want to destroy us."

As the conference call concluded, Jackson took a moment to blast President Barack Obama administration's decision to work with a Palestinian unity government that included Hamas.

"This administration, in my view, is evil," he opined. "It's just evil."

Jackson acknowledged that extremist comments like that were why he lost his bid for lieutenant governor, but insisted that it was "the truth."