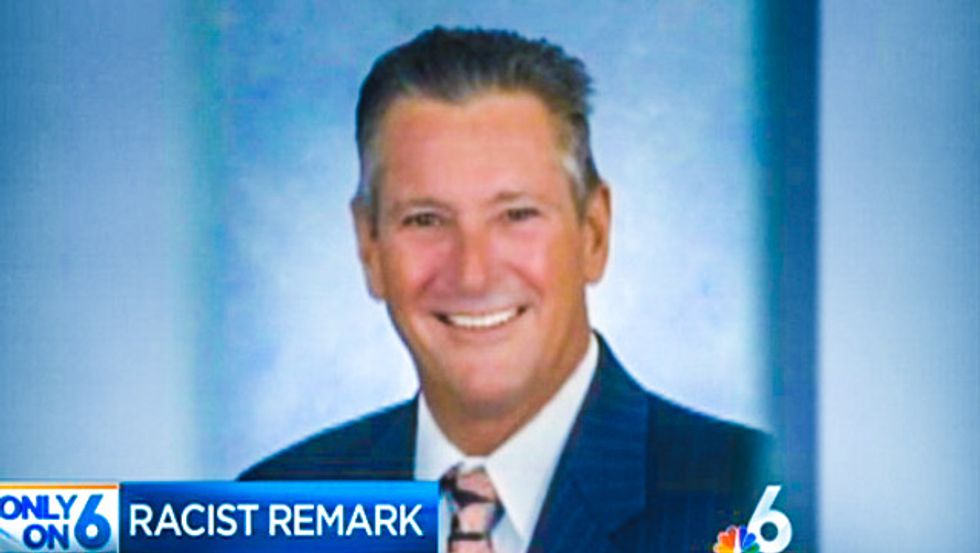 A Florida city commissioner apologized over the weekend for shouting the n-word at a woman in a grocery store parking lot, but said that he did it because he felt threatened by passengers in her car.

In a police report obtained by WTVJ, a woman asserted that Wilton Manors Commissioner Ted Galatis "began calling her and her passengers ’N*ggers’” in a Publix parking lot on Sunday. The driver told police that Galatis should not be allowed to "get away with it."

Galatis admitted to WTVJ that he "may have" used the n-word, but it was while he was "protecting myself from the immediate threat."

“I apologize for my use of the ’N’ word. It is something I never say,” a statement from Galatis said. “I offer no excuse, other than it was uttered when I was being threatened in front of my own home.”

Galatis' wife, Donna, defended her husband when WTVJ reporter Jamie Guirola caught up with her at the family's home.

"What did they say to me?" Donna Galatis shot back when she asked about the slur. "White bitch, I'll slice you up."

But neighbors who talked to the station said that the parking lot confrontation did not excuse the racist slur.

"Unfortunately that just doesn’t go," one neighbor explained. "I mean, it’s unfortunate you can’t say words like that and take them back. You know you got to pay the price. Donald Sterling just paid the price for what his situation was. "