Florida man with assault rifle arrested on way to kill ex-girlfriend, her boyfriend, her child 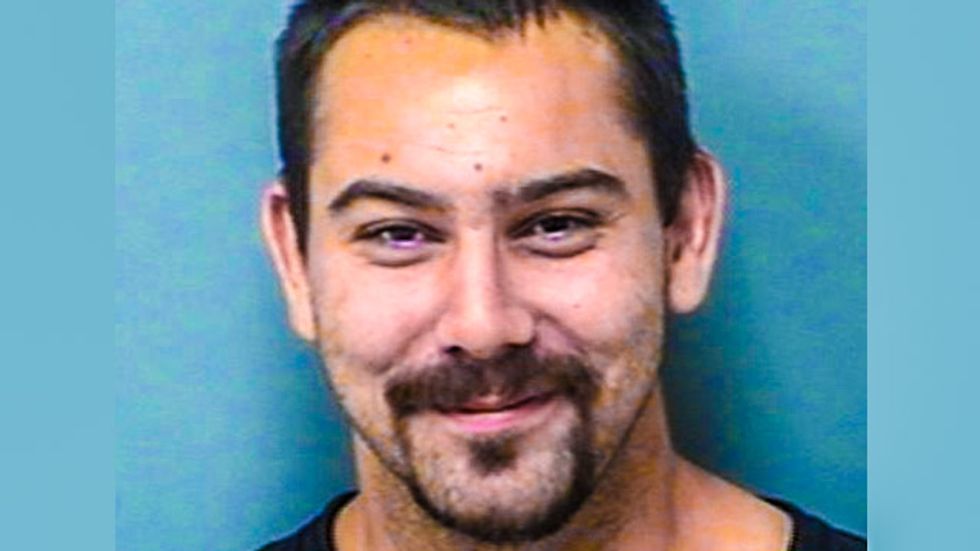 A Florida man with a history of domestic violence was arrested this week as police say that he was on his way to murder his ex-girlfriend, her boyfriend and possibly her child with an assault-style rifle.

According to Flagler Live, the Flagler County dispatcher received a report on Sunday that 24-year-old Andrew Dandurand had an "assault rifle," and was planning to kill his ex-girlfriend, and her boyfriend.

In April, Dandurand’s ex-girlfriend had called deputies after he hit her with a plastic pipe, and then broke into her home, forcing her to flee. The court responded by giving the ex-girlfriend a protection injunction.

But only a week later, Dandurand was back in jail for violating it, and for aggravated assault. He was later released on $7,000 bond.

"Based on the information we had at hand, absolutely. He was going to victimize somebody, whether it be the girlfriend, her child, the boyfriend or himself," Payne said.

Deputies spotted Dandurand's red pickup with a blue hood at Hess gas station about a mile from his ex-girlfriend's house. After a brief chase -- which included Dandurand driving south in the northbound lane of U.S. 1 -- he finally drove the truck into a ditch when deputies performed a PIT maneuver to force him off the road.

The incident report said that deputies observed "an assault rifle with a magazine in the magazine chamber" in plain sight. The Soviet-designed SKS rifle had a round in the chamber, deputies noted.

According to the report, deputies believe that Dandurand had stolen the rifle earlier in the day.

The suspect was transported to Flagler Hospital in St. Augustine after telling authorities that he had taken cocaine, methamphetamines -- and other drugs -- and was not feeling very well.

While at the hospital, Dandurand allegedly told deputies that "he was in front of his girlfriend’s house but did not kill her because he did not know where the kids were."

Dandurand was booked into the St. Johns County Jail and charged with aggravated stalking, and fleeing or attempting to elude a law enforcement officer. He was being held in lieu of $500,000 bond.