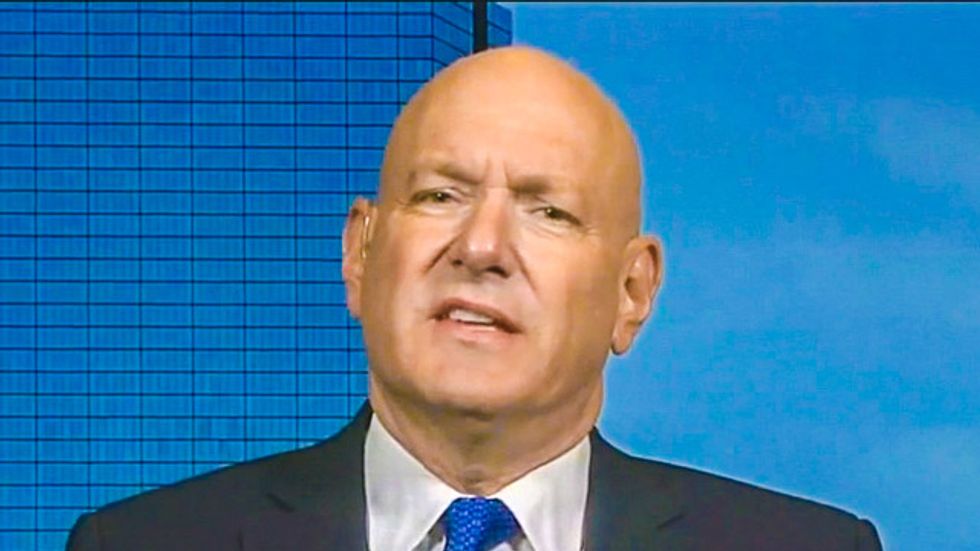 On the Wednesday edition of Fox & Friends, host Steve Doocy asked Ablow to analyze Bergdahl based on personal details about his life before joining the military.

"He was homeschooled," Doocy explained. "His family, they were Calvinists. We know that at one point, he became involved in ballet, he was a lifter."

Ablow said that those sounded like "good things," but he argued that they showed a "narcissistic core, where he's developing a taste for adventure, for outsized adventure."

The doctor admitted that he had not evaluated the Bergdahl family formally, but that they seemed to have a "desire to distance oneself from institutions, to diminish the, sort of, rule of law, and to elevate the individual above all else" because they did not "feel part of our country."

"The fact that he was a dancer and a lifter, not a weight lifter, but he would lift up and throw the other ballerina, what does that mean?" co-host Brian Kilmeade wondered.

Ablow speculated that Bergdahl had been "recruited" by female dancers.

"Front and center is this guy's M.O., unless it doesn't feed him narcissistically, you can't give him a job unless you're going to tell him you're the star, and we're going to keep you at a throttle of 12 out of 10," he opined.

And then Ablow connected the dots from ballet to the president of the United States.

"Here's the thing -- I've been saying it before -- Barack Obama does not have the will of the American people, Americanism in his soul," he insisted. "And this swap -- somebody who may not feel very American for five people who definitely don't -- is symptomatic of that. It was bound to happen when you have a leader that doesn't affiliate with patriotism."

Doocy agreed that the president "definitely wanted out of Afghanistan, and maybe [the prisoner swap] is his way of closing Gitmo."

"He wants out of America!" Ablow interrupted. "Trust me."