Fox guest: White liberals like Neil deGrasse Tyson so much 'he could defecate on them' 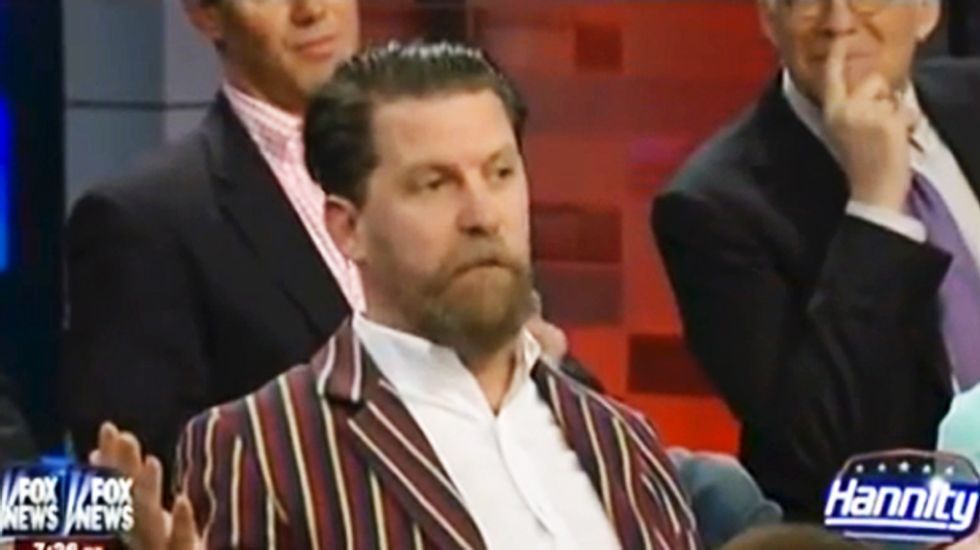 Vice magazine co-founder Gavin McInnes ripped Cosmos host Neil deGrasse Tyson during a Fox News appearance on Tuesday night, saying racial profiling against him during his youth was justified and knocking him for having white fans.

"I hate this guy," McInnes told host Greg Gutfeld and his panel. "I remember hearing Chris Hardwick on a podcast talk about Neil deGrasse Tyson and he was just salivating. White liberal nerds love this guy so much, he could defecate on them like Martin Bashir's fantasies and they would dance in the streets."

Gutfeld and McInnes were apparently upset with deGrasse Tyson's remark to MSNBC's Chris Hayes last week that his "great fear" was that extraterrestrials had visited Earth and chose to leave "on the conclusion that there's no sign of intelligent life on Earth." DeGrasse Tyson also poked fun at the fact that, if there is life on other planets, their first impressions of our planet likely came from transmissions of old sitcoms like I Love Lucy and The Honeymooners.

Media Matters reported that McInnes also appeared to criticize deGrasse Tyson for remarks he made during a 2009 panel discussion hosted by the Center of Inquiry regarding how he was constantly thrown "curveballs" during his youth because his choice of careers went against societal expectations regarding Black men.

"He talks about things like, 'when I was young in New York I would get racially profiled when I'd go into stores,'" McInnes complained. "Back then he looked like he was in The Warriors. He had a huge afro and a cutoff shirt and New York was a war zone. Sorry, you fit the profile."

Watch the discussion, as posted on Thursday by Media Matters, below.