Fox host Chris Wallace asks if death penalty for Sgt. Bowe Bergdahl should be 'on the table' 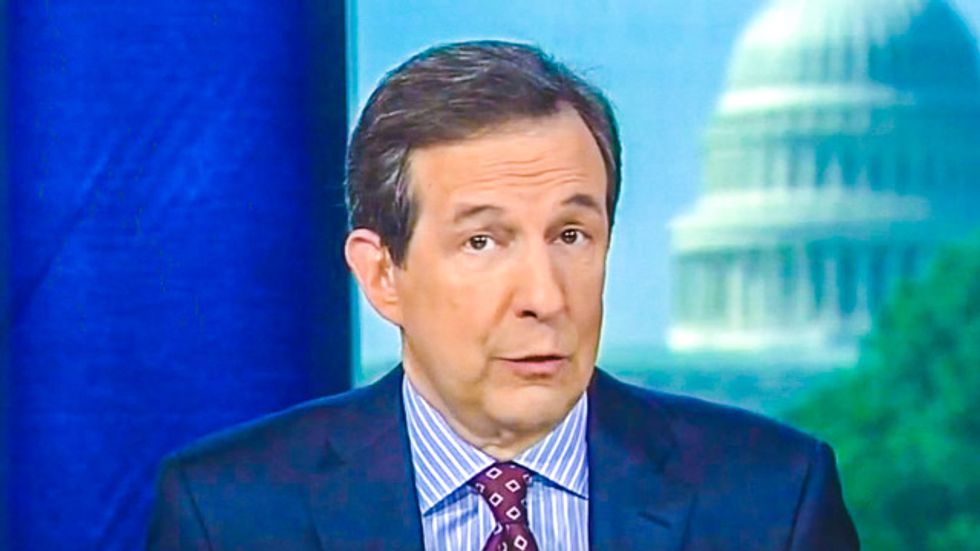 Fox News host Chris Wallace on Sunday wondered if former prisoner of war Sgt. Bowe Bergdahl deserved to be executed for allegedly leaving his outpost in 2009.

"From what you know so far, is Bergdahl guilty of leaving his base without permission, being absent from his post?" Wallace asked former U.S. Attorney General Michael Michael Mukasey during an interview on Fox News Sunday. "Is he guilty of being a deserter, is he guilty of being a defector? And after five years of captivity -- some people initially said, well, that's enough -- should he face the appropriate punishment if he is found guilty?"

Mukasey pointed out that Bergdahl had not been found guilty yet, and that a decision about punishment should come after that.

"So, you believe the death penalty should at least be on the table for Bergdahl?" Wallace pressed.

"No, I'm not saying the death penalty should be on the table for Bergdahl," Mukasey replied. "That case at the end of World War II was virtually unique in modern times."

"What I'm saying is, that is some indication of the seriousness of which the military does view and should view desertion."